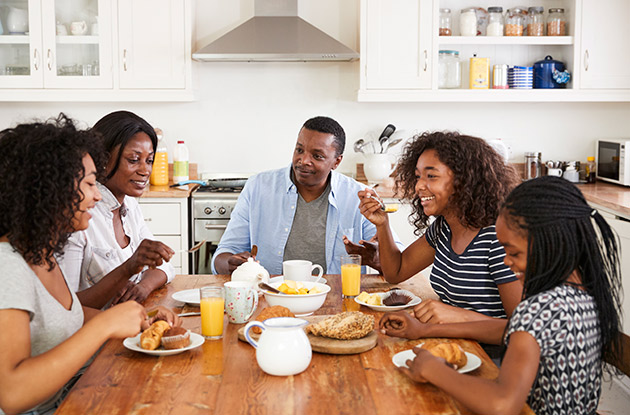 4 Ways to Keep Your Teen Close While Letting Her Go

Even though your teen is gaining independence, you can keep him close with these four strategies.


Allow Your Child to Experience Consequences

One of the most influential factors in whether a teenager becomes a self-reliant, confident adult is whether she has been allowed to face (and learn from) the consequences of her actions, Dr. Jant stresses. If you fix every single issue for him, he won’t ever get the sense of autonomy he needs to thrive in the real world. After all, if you keep bringing your teen her lunch at school because she always forgets to pack it, will she ever learn to remember?

“[It’s important] that their parents are giving them rules, sending them off, and hoping that they’re learning from their own failures, while always providing support when necessary,” Dr. Jant says. “Natural consequences are very useful and impactful for teens especially.” So, consider letting your teens experience safe and natural consequences. For example, instead of emailing her English teacher asking if she can do extra credit to boost her grade, let her take the lower grade. It’s the only way she’ll realize writing her essays on the bus the morning they are due isn’t a great idea.

Even if your teenager tells you he can’t stand your smothering hugs, appropriate physical affection from a parent or guardian is something he’ll never outgrow, Cohen says. “There has been so much research in the last 25 years that there is no amount of love that you can give your child that’s too much,” Cohen says. “And when I say love, I don’t mean being overbearing, in their face trying to do everything for them, but [saying], ‘I love you. I care so much about you. I’m so happy you’re in my life.’”

It is especially important to remember your teenager has not outgrown physical affection, according to Dr. Jant. Why? “The risk for depression in adolescence jumps up exponentially compared to middle childhood,” she says. So, it’s crucial that parents pay attention to behavior shifts in their children, and not take on a permissive parenting style just because they want to be liked, Dr. Jant says. “There are so many parents who feel that tension…so then they pull back. They just allow [their teen] to do whatever, and then that can lead to negative consequences for that child.”

Even though it can be difficult, it’s important to remember to remain calm when your teenager is acting up or shutting you out. Even if she’s behaving like she wants nothing to do with you, what she really needs more than ever is your love, support, and affection.