Share your news, modified hours, and online classes during the coronavirus outbreak with the community!
Home Family Activities Articles 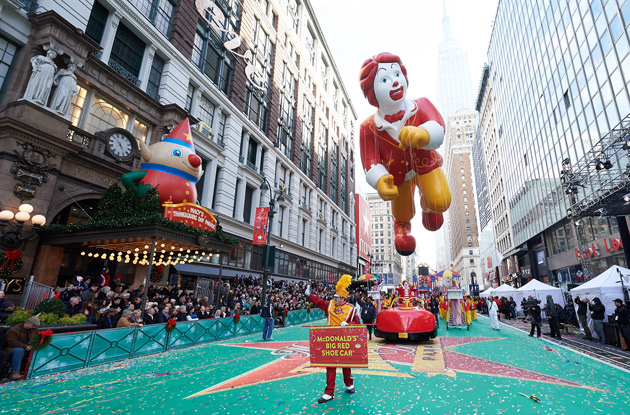 This iconic Thanksgiving tradition kicks off the holidays with performances, balloons, floats, and Santa Claus’s first in-person appearance of the season.


If you want to catch a glimpse of the parade in person, it will start at West 77th Street on the Upper West Side, marching south on Central Park West to 59th Street. Then, it will head east along Central Park South, turn south through Midtown on Sixth Avenue, and then head west on 34th Street where it will end in front of Macy’s in Herald Square. Of course, you can always stay cozy in your pajamas at home and watch it live with Guthrie, Kotb, and Roker!

And, if you’re in Manhattan, don’t forget to catch a glimpse of the balloons being inflated the night before on the Upper West Side!

Main image: It takes 90 people to handle Ronald McDonald as he floats through the skies in the Macy's Thanksgiving Day Parade.
Kent Mille