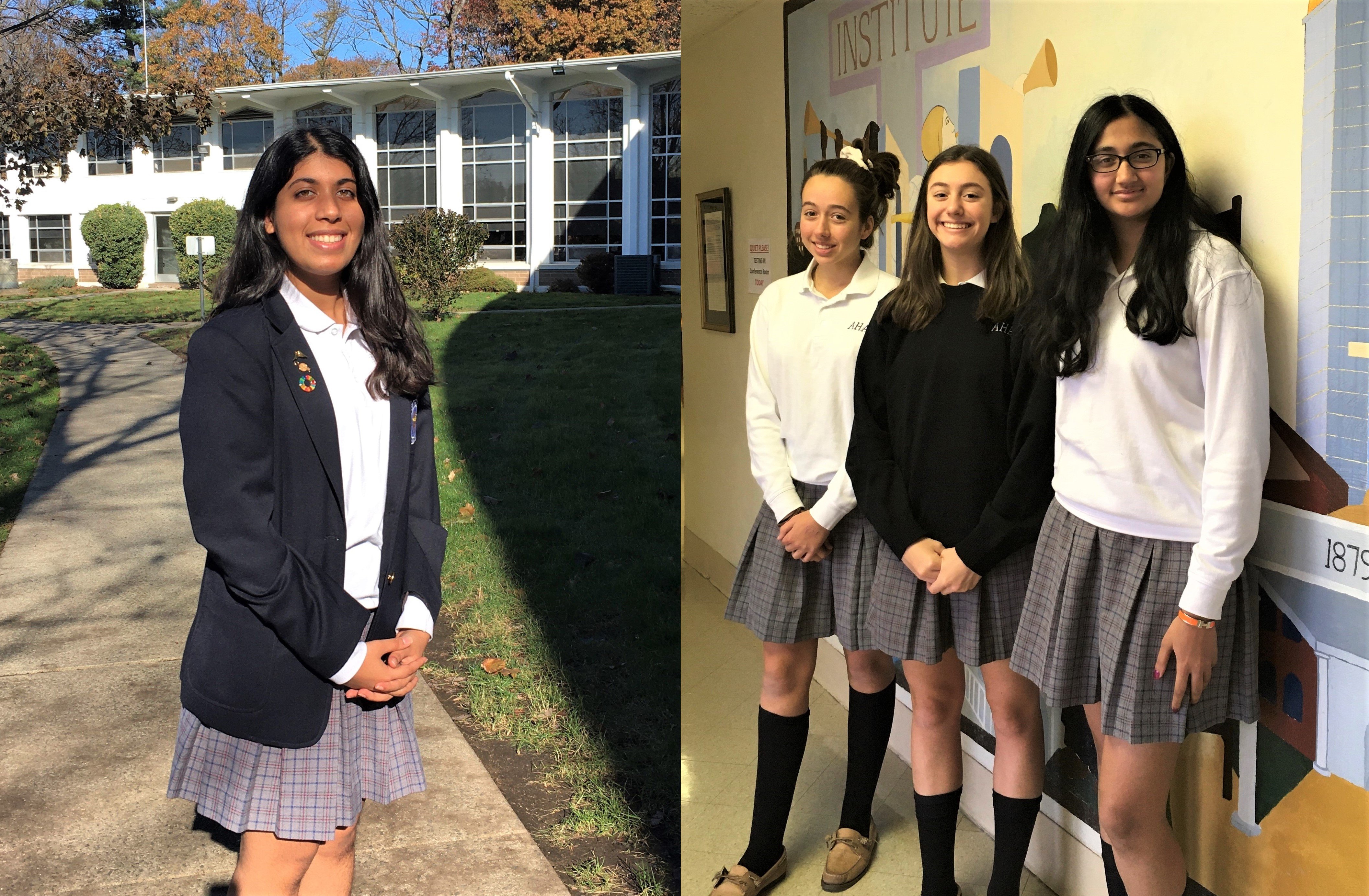 HOBY aims to develop and inspire a global community of youth through a variety of international programming.


Natasha Dhanrajani resides in Bardonia. She contributes to the AHA newspaper and earned a regional gold key in the Scholastic Art & Writing Awards. Her pieces have been published in “Scrawl: Rockland Teens Write.”

She has earned the New York State Attorney General’s Triple C Award for courage, character, and commitment. She also received the Presidential Education Excellence Award–Gold, and the Columbia University Dean Leadership Award. Dhanrajani is frequently named to the Principal’s List.

She attended the International Day of the Girl at the United Nations. In addition to serving as an Angel Ambassador, she is a member of Outreach, Executive Board, Diversity Council, Society of Women Engineers, and a group that sings for senior citizens. Dhanrajani plays violin for the AHA Orchestra, takes private dance lessons, and plays intramural soccer. She studied at the New York Film Academy and at Columbia University. In 2020, she will take AHA's bespoke course in critical thinking and oral presentation, which is held at Oxford University.

Dhanrajani volunteers at her library and for a food bank. She speaks three languages: English, her first language, Hindi, and Spanish, for which she received a silver medal (94th percentile) on the national exam.