"We're learning together the joys of winning and also learning how to lose gracefully," Sugarman said. "The time we spend together is one of the most important things I can do in life...to really become a role model for them. It's a tragedy that a lot of the kids are growing up without that [father] figure."

Through Father Knows Best and the shootout event, Sugarman hopes the kids were able to see that there are a lot of people who care about them, who want to give them a chance, and who want them to be great. Growing Up with a Strong Father-Figure
To illustrate the importance of growing up with a male role model to look up to, the program paused to show a video of NBA star Dennis Rodman's Hall of Fame speech in which he described his regret of not being a good father to his three kids.

Rodman's feeling of regret is something the National Tour Director of Father Knows Best, Miko Horn, works to resolve within the communities throughout the U.S., an initiative she has been a part of for six years.

"It's important, if the father is not in the home, that the kid has a male mentor," Horn said. "We want [kids and mentors] to increase the time they spend together, to realize that the children need them. Kids are not looking for advice—they're looking for examples. And the reality is that a man is the only person who can teach a young boy how to be a man." A father and son take a break on the sidelines during the kick-off event. Photo courtesy of Julia Roberts, Agency Photography.

Father Knows Best in the Community
The Five Borough Basketball Tour will stop next in Brooklyn before it moves onto the area's remaining boroughs. In the weeks following each tour stop, there will be a seven-week curriculum of workshops and basketball within the community to continue the efforts of teaching fathers and kids, or mentors and mentees life skills that emphasize faith, integrity, sacrifice, leadership, and legacy on and off the court.

Allan Houston's Father Knows Best program was developed by the former all-star player and his father, Coach Wade Houston, and provides basketball and learning activities for fathers-sons and mentors-mentees, emphasizing leadership, communication, and the importance of spending quality time together.

To learn more about the program, visit www.allanhouston.com/fkbnation. Don't forget to get your child checked for head lice before the upcoming school year. Find a lice removal specialist in the New York area using our gu... 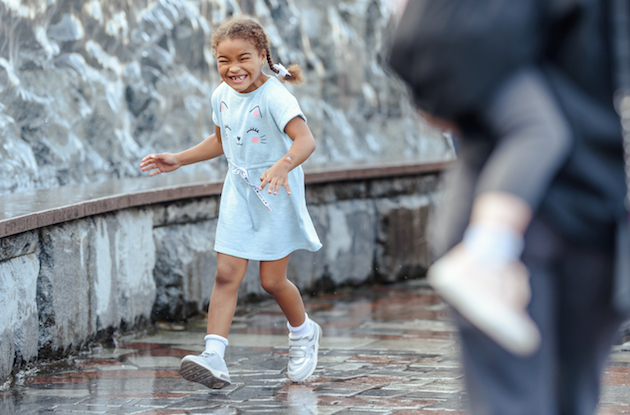 NYC Parks are increasing the number of water features throughout the city to help New Yorkers cool off. You can monitor where water features and parks...