Still, there are valid reasons to separate twins, says Nancy Segal, Ph.D., who has helped “scores of parents” win against school districts that want to place twins in separate classrooms. “If one kid outperforms the other, you might want to separate. The child who’s not doing well is going to feel terrible. You want to find each child’s particular interest and talent,” she says.

For parents who have conflicting ideas with their children’s school on whether they should separate or keep their twins together in the classroom, the New York Association of School Psychologists provides a checklist for parents and teachers of multiples that sparks a larger discussion between parents and teachers to ensure that each party has discussed certain topics before making a final decision.

However, Lange says that as a twin herself who grew up in Larchmont, now a licensed clinical psychologist in California, she would be a bit more cautious to use this checklist as a strict guideline: “The presence of issues such as lack of separation, as well as the tendency for one twin to be more socially assertive, more developed, etc., does not necessarily mean that the twins should be separated. These issues may actually indicate that the twins would be better off if they are not separated.”

Similarly, Dr. Segal, who has been studying twins for more than 30 years and has authored more than 120 scientific articles and book chapters on the topic, including her new book "Born Together—Reared Apart," agrees that there should not be a blanket policy when it comes to placing twins in the classroom. “You can’t speak about twins as a group. You have to look at each pair and make a decision on that. Unfortunately, many schools maintain mandatory policies of separation, asserting that twins may not develop separate identities if kept together. However, this is not a research-based policy—some research shows that separation is not the best choice for some sets. Just as there is no set policy for handling issues involving non-twins, there should be no set policy regarding twins. There are many options within a classroom like separate tables or study groups that can resolve problems.”

If a school is adamant about separating twins or multiples but parents feel otherwise about their own children’s well-being, parents may try to convince school officials that keeping the twins in the same classroom would be not only beneficial, but would be best for their development in the long run, according to TwinsLaw.com, a nonprofit dedicated to working across the U.S. to rid of blanket policies that automatically place twins in separate classrooms. There are many studies parents can cite to bolster their argument that there is evidence that for some twins, remaining in the same classroom is the wise—and informed—decision.

Additional Resources, including...Studies, legislation, and guidelines for advocating for your twins or multiples to remain in the same classroom. 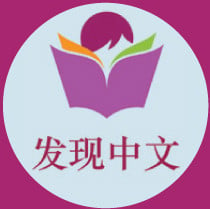