Just imagine how it would feel if experts talked about your neurology as a deficit. Imagine how it would feel to be told over and over that you were neurologically incapable of understanding what another person feels, and that you couldn’t truly understand your fellow human beings. When you suggested you felt a great deal, when you talked about how painful it was to look directly into people’s eyes because it was like seeing into their souls, or when people went to hug you it made your skin crawl or the odor emanating from the other person was too overwhelming, imagine what it would feel like to have people suggest you should just try harder or that you should do it anyway. Imagine, just for a moment, how you’d feel if those same people then accused you of being difficult and told you it was impossible to have a “rational” conversation with you, or you were told you were rude when you confronted them with their insensitivity. Imagine what it would be like to be dismissed and silenced over and over again. Just try to imagine what that must be like.

Ariane Zurcher, a New York City mother of two children, writes about her daughter Emma’s journey through autism—and Emma’s parents’ hopes for her future—at emmashopebook.com. She also blogs for the Huffington Post.

Whether it is understanding Occupational Therapy, Myths about Autism or connecting you with a resource that will provide your child with the tools the... 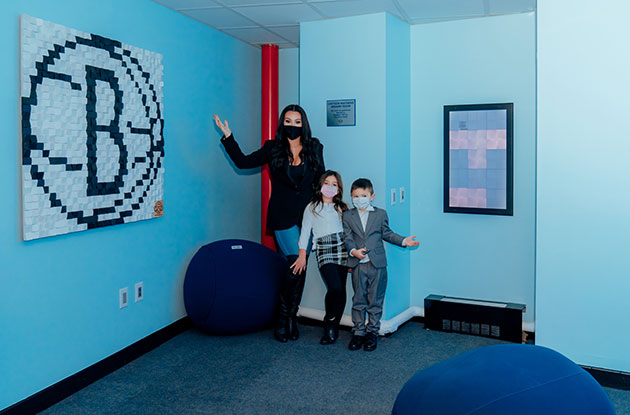 The Barclays Center in Brooklyn opened a sensory room to help people with sensory needs who attend its sporting and entertainment events.