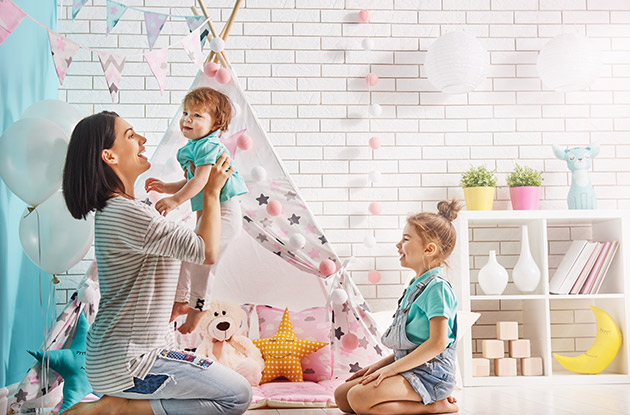 Can I Afford to be a Stay-at-Home Parent?

Four things to think about when deciding if you or your spouse can afford to become a stay-at-home parent.


“What I wanted [my kids] to do is at least have skin in the game. I said, ‘I’ll pay for a SUNY—anything above a SUNY cost is on you if you really want that,’” Cohen says. On the other hand, if parents want to pay the entire tuition cost at whatever their child’s dream school may be, they may not be able to afford to have one parent stay at home. “There are tradeoffs on both sides,” Cohen says.

Challenges of Re-Entering the Workforce

Chris Congema, a Certified Financial Planner at Landmark, raises another potential consequence of one parent leaving the workforce—it’s difficult to get back into it.

"If someone’s going to be leaving the workplace for ten years or five years as they’re raising their children…as technology and time pass them by, do they lose some of the skills that made them employable?” Congema asks. “Do they have to change careers? Will their education still make sense now? Getting back into the workforce can be a challenge after you’ve been out for so long.”

Despite these challenges, Cohen and Congema have noticed a shift in how parents are able to continue working and be with the kids by keeping flexible schedules or working from home. They have also seen an increase in stay-at-home dads with moms remaining in the workforce. And they’ve noticed that as couples marry and have kids later in life, they are more aware of the preciousness of watching their kids grow up—and of being around for early milestones.

When making the difficult stay-at-home decision, having a financial planner can be vital. At Landmark, Cohen and Congema help couples figure out how much disposable income they have each month, whether they can go without one person’s income, and whether there is any “fat” in their spending that can be cut to mitigate losing one person’s salary.

But even when all the numbers are in, some parents will still decide to buck the financial repercussions in order to spend more time with the kids. This is a decision that ultimately only parents can make.

As Congema says, “[Spending time with the kids] during this important time when they’re forming a personality and who they will be in the future…that’s something that can’t be overlooked or understated.”

Commack, NY A Place Where Children Flourish When you walk through our doors, your family is invited into a vibrant, welcoming learning community where children 3... Yonkers, NY Our goal at GymCats is to build a physical and mental foundation for all sports and to promote athleticism and good health through participation in gy...