Why It's Important to Celebrate Your Child's Small Victories


Another long-term patient with autism spoke his first words at age 16. His mother had long before given up hope that he would ever speak. Then, with the help of a talented speech therapist on our staff, he was introduced to an augmentative communication device, which eventually prompted the boy to say his first words. They were “cheese doodle,” later followed by “Dorito” and “juice.” Hearing his voice after all those years was cause for celebration, not only for his patient mother but for all the staff who knew him well. (His vocabulary is nutritionally more well-rounded these days.)

Going to the corner store alone with money for a snack, joining the extended family for a meal after years of being gastrostomy-fed, having the attention span to sit through a movie with family, spending a week at sleepaway camp: These are all achievements to be celebrated—whenever they occur.

Even when progress is slow, children physically mature; time marches on. Milestones are often bittersweet. I remember a particular parent voicing concern about what would happen when her daughter got her period, because she was not able to be independent for all of her self-care skills. Not long thereafter, the mom called me to report that her daughter had gotten her period during school that day. I was the first person she called, elaborating with pride that the teacher said her daughter had obviously been quite well prepared for this milestone, since she seemed to know just what to do.

Then there was the parent of a teen with Down syndrome who mentioned to me that her son had been talking about going on a date with a girl in his class. The mother later recounted how she and the girl’s mother planned the details of the date and accompanied the teens, sitting at a nearby table. The first date apparently was a silent affair. But the boy has all sorts of topics of discussion planned for the second date.

Over the years, many of these long-term relationships with families have taken on a reciprocal quality. Pictures of my children adorn the shelves of my office. Over time, families or the patients themselves may ask about my children. One parent surprised me recently with a comment that my son must have started college this year. That is true. It was a milestone for my own family—but why was she so conscious of it?

She reminded me that when she came to see me for the first time with her infant premie, I was 9 months pregnant. Her own due date had been right around the time my son was born. This parent’s child has not been able to be “cured”; indeed, her progress has been quite limited. She does not walk or talk. Her mother loves her dearly. The girl comes to appointments dressed in beautiful outfits, her hair done just so. Her mom tells me about how her daughter’s bedroom is decorated, about what she likes to watch on TV. The mother is grateful that after years of seizures, her daughter is physically healthy. But her girl did not start college this fall as my son did. This mother has been thinking about this as yet another milestone her daughter would not achieve. Yet she can celebrate this milestone in my family life with me.

Despite our emphasis on the child’s development, I am reminded often that the journey of parenthood involves quite a bit of parental development along the way as well. 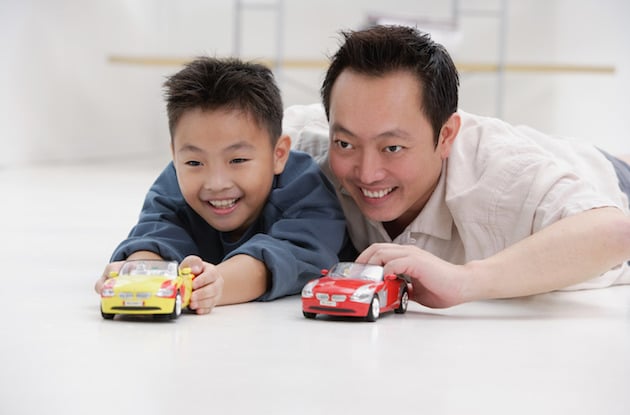 Author: Lisa Shulman, M.D., is associate professor of pediatrics and director of infant and toddler services at the Children’s Evaluation and Rehabilitation Center at Albert Einstein College of Medicine in New York City. This piece first appeared in The Doctor’s Tablet (thedoctorstablet.com), the blog of Albert Einstein College of Medicine. See More