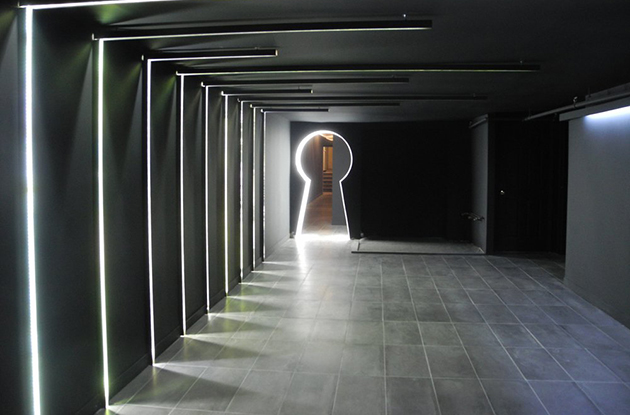 Can you break out in time?

There are four rooms to choose from: The Heist Part 1, The Surgery, The Alien Conspiracy, and Vampire.

At this escape room, you can choose your difficulty level while booking one of six rooms. There is also a party package for a room called Black Ops that includes a party room space for two hours, pizza, dessert, and drinks.

This room has a Jurassic Takeover game, where dinosaurs are roaming the streets in present day and you and your team need to find the sequence to keept them from staying.

Cipher Seeker has three rooms for all skill levels, including Defcon 1, Graveyard Inlet, and Framed for experienced players.

The two rooms at this location are S.W.A.T. and The Other Side, which is available in horror and detective (not scary) versions. Party packages and other activities such as airsoft, human bumper balls, and Minute to Win It are also available.

Escape room themes include Once Upon a Time, The Interrogation Room, The Subway, The Apartment, and The Prison Break. They also have a mobile escape room available for special events.

Established in 2015, this game has four locations: two in Nassau County, one n Bayside, Queens, and one in Patchogue in Suffolk County. Among all of them, there are nine different rooms. If you bring children younger than 14, you must book the whole room out to ensure their safety.

This room’s game is called Killer Feature, where you and your team need to find out how to escape a horror movie.

These rooms include Escape from 20,000 Leagues, Escape the Midnight Carnival, and The Grimm Escape. Puzzle Break’s games are also exclusively offered aboard Royal Caribbean’s Anthem of the Seas, Ovation of the Seas, and Harmony of the Seas ships.

Rooms include Da Vinci’s Study, The Vault, and The Asylum.

The theme at this escape room rotates, be sure to check the website for the most up-to-date rooms.

The four rooms at each location are Legends of the Hidden Temple, Alcatraz Prison Escape, Cabin in the Woods, and Time Warp Escape Room. Children younger than 7 are not allowed to play.

You have one hour to solve the mystery of The Show Must Go On or Cafe Lorenzo. Birthday parties, private bookings, corporate team building, and networking events also available.

This room’s theme is Sunderland Hollow, where players figure out the mysteries hiding in this town.

Along with private parties, Padlocked has two standard rooms: Cuckoo’s Nest and Home Alone, and two premium rooms not recommended for visitors younger than 16: Castaway and Wild Wild West.

RELATED: Get Weekend Activities Sent to Your Inbox

Things to do this Memorial Day Weekend with Your Family

Here are 10 fun things to do this Memorial Day Weekend with your kids—like going to the beach, having a picnic, and going to a craft fair—plus Memoria...

As You Wish Parties

Merrick, NY Whether your child is a toddler or a tween, As You Wish Parties will make your child's birthday party dreams come true. Our warm and welcoming staff ...