What is a Gap Year and When Should You Take One?

Many high school graduates are opting to take a year off before starting college because of the uncertainty that lies ahead.


Hamburger personally found no disadvantages in his gap year, saying it was a “tremendous year of growth” that set him up for the “next four years and beyond.” “Legitimately, every activity I engaged in during my gap year continued at Columbia,” he says.

From his gap year Hamburger attained lifelong friends, a great mentor, the initiative to participate in a future study abroad program, and an established interest in international education. He also considers his work at Pencils of Promise to be “among the most substantial and important work I’ve ever done in my professional life” and believes the experience ultimately led him to attaining his current postgraduate Fulbright-Nehru fellowship.

Hamburger argues that in order to have a successful gap year, a teenager must “be devoting him or herself to something he or she is interested in or cares about.” Keep yourself busy, and maintain good communication with your parents, he advises. While he thinks almost everyone would benefit from a gap year, he also believes those students who are able to take initiative, are struggling with an illness, have a “once-in-a-lifetime opportunity,” or are lacking in maturity would glean the most from taking a year off, while those hoping to just take an unstructured vacation would not do as well.

While gap years are typically seen as a time of travel and exploration, restrictions and risks associated with travel right now leave a gap year spent abroad or driving cross country off the table. Luckily, you can still make the most of an at-home gap year by making it just as productive and self exploratory in other ways:

Help out the Country

Since President Trump declared the country in a state of emergency, AmeriCorps, a network of national service programs devoted to helping different communities, reported that 8,500 members and volunteers have helped nearly 1.3 million people. Volunteers can choose to commit to anywhere from three months to one year of service, and can address and combat a variety of community issues from mentoring the youth to sustaining national parks. In addition to being a rewarding experience, volunteers are also paid a stipend, potentially offered housing, and have the opportunity to earn college credits.

“We’ve got about 75,000 slots in 21,000 locations each year with thousands of individual organizations. I like to say that if you have a passion, we can find you a purpose to match,” Samantha Jo Warfield, a spokesperson for the Corporation for National and Community Service, told Forbes.

Volunteers can access the Segal AmeriCorps Education Award, a post-service benefit earned by those who have successfully completed service through AmeriCorps. This award can be helpful in paying off college loans and other expenses at higher education institutions.

Whether you are getting ahead by fulfilling a requirement or exploring your interests, online courses are a great way to be productive and help decide on a major later on.

Work Locally and Save Money

While job opportunities are limited and social distancing is still a priority (and likely will be for a while), some local places in your area may still be hiring and this is a great way to save up money while gaining experience working professionally. Look into remote internships and job opportunities if you feel more comfortable working from home.

Volunteer for a Political Candidate

Whether on a local or national level, young adults can get involved and strengthen their communication and professional skills  by encouraging people to register to vote, volunteering at polling locations, or helping a candidate reach larger audiences on social media.

Work on Your Personal Development

There are many ways to express yourself creatively, even from the comfort and safety of your own home. Whether you want to create a blog, learn a language, or pick up a new skill, pursuing a passion can stimulate personal growth, all while giving you something exciting to add to your resume.

Taking a gap year is a highly personal and complicated decision that can only be made by the student. The role of a parent is similar to that of the guidance counselor: listen, guide, and support. Avery points out that we do not even know what Malia Obama is doing with her gap year yet, but “the fact that the Obamas are 100-percent behind their daughter taking an academic breather just truly makes my heart joyful because it sends such an important message that everybody needs to slow the heck down.”

Are Teens Being Pushed Too Hard?

How to Help Teens Cope with Stress 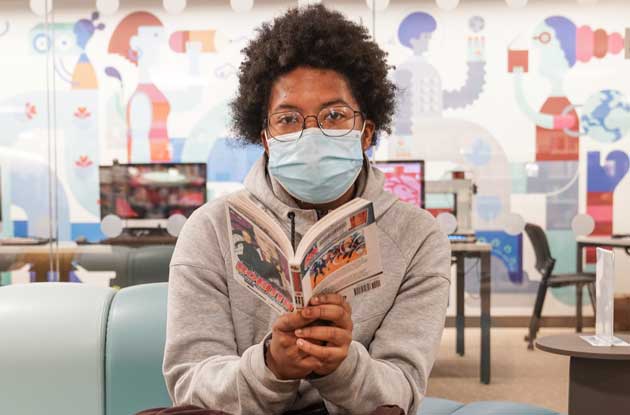 Forest Hills, NY We offer a multitude of programs including music, academic enrichment, and Chinese. All of our teachers are certified and have been teaching their pas...

Great Neck, NY CMS opened its doors in 1998 in Manhasset, New York, with a Primary classroom of 7 students. We moved to our present location in, Great Neck, in 2001....