How to Protect Kids from Potentially Harmful Blue Light

Light coming from cellphones and laptops could contribute to sleep disruption, weight gain, and other health issues.


While some say blue light is inherently bad, Dr. Chang points out that one color of light contains a spectrum of wavelengths. Shorter blue light waves—such as the light waves coming from the sun, theoretically the most harmful of the harmful—can cause damage, but longer blue light waves have less potential to do so. Our phones and computers emit “longer, potentially safer” waves.

“When they’ve done studies on blue light, it’s exposure in a very acute kind of setting. They’re taking animals and exposing them to large doses in a short period of time,” he says. “And one thing that we just don’t know is…what happens when someone has been looking at blue light for a long time, even if it’s that ‘safer’ blue light. What happens when they’ve been exposed to that for 20 years? Or 30 years? We just don’t know.”

How You Can Protect Your Kids

You may have seen advertisements for glasses or contacts that filter blue light as an easy preventative measure. According to Dr. Choi, there’s not enough evidence that these types of lenses are helpful for him to endorse them. “The key is to emphasize and stress limiting screen time, and if you’re utilizing the screen that you try to implement regular breaks,” he says.

He advocates for using the 20-20-20 rule. If you’ve been looking at a screen for 20 minutes, take a 20-second break and look at something at least 20 feet away. This will lessen the effects of eyestrain and give your eyes a break, and might be a good option for school-aged children with computers or those who are just hooked on their devices.

Dr. Chang doesn’t advocate for the 20-20-20 rule necessarily, but he says agrees breaks are crucial to protecting your eyes. Kids and parents should take breaks from the screen every 20-30 minutes.

For Dr. Choi, raising awareness of the potential negative effects of blue light is very important. Because it’s still relatively new, parents might not be aware of how excessive screen time could affect their kids down the road. 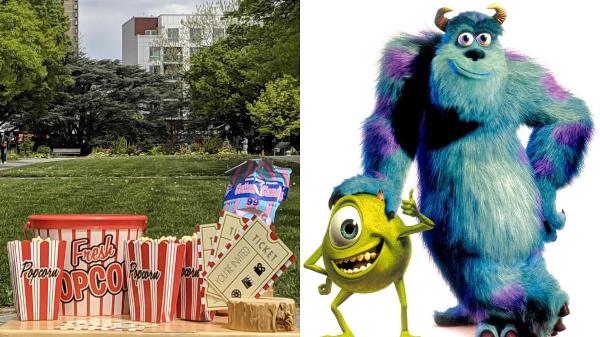 Celebrate the 20th anniversary of Monsters, Inc. and make a monster craft activity before the movie.

Farmingdale, NY Welcome to @ Play Amusements! We are Long Island’s newest location for family fun! Our facility is fully remodeled and equipped with exciting rides, ...