Coping With Our Kids' Fears After Charlottesville

Fears of Nazis with torches are not irrational right now. As parents, we need to help our kids cope even if we ourselves are hardly reassured.


So we are called on to reassure our kids even as we seek reassurance ourselves. Our own quest may seem to be in vain sometimes, but we cannot fail to offer comfort to our children, even as we cannot lie to them and give them false hope either. I wasn't a parent when the Sept. 11 attacks happened, but I imagine the challenge was similar: This was (and is) not some distant conflict, but rather the reality in our own cities.

In the end, we told my daughter more about the outpouring of opposition to the white supremacists in Charlottesville. We told her about the political leaders who have so forcefully stood on the side of what’s right, despite what we’ve heard and not heard from our president. We told her about the communal organizations that exist to counter hate and protect the victims of it. We told her about a vigil just blocks from our house, which we unfortunately could not attend, at which several hundred of our neighbors rallied against hate and for peace and justice. We told her we cannot control everything in our world, but we can control some things: We can work to make the world a better place, to love and be kind, and to fight for justice for everybody.

We talked for a long time that night. Once calmed down, she pivoted quickly to another topic on her mind: “How is Donald Trump president if Hillary got more votes?” Suddenly, we were talking electoral college, and unsurprisingly, that eventually bored her enough that she was able to go to sleep. But the change of topic was telling; she gets it, that there is a connection between what happened in Charlottesville and what is happening—and who is working in—the White House.

This conversation ended with her successfully calmed, for the moment at least, her fears put off for another day, most likely, rather than banished outright. But for me and my wife, it was unsettling, to say the least, another layer of anxiety on top of all the anxieties the news cycle has already been sparking in us.

We need to be honest with our kids without being too honest—we cannot lie to them, and yet we cannot let them despair. Know your kids and what they can handle, and always modulate responses based on their age and personalities. Try to answer their questions, and only their questions, directly and concisely, without adding more than is neccessary.

I am left with just this: a hope that we can all heed the words I stumbled upon in that conversation and work together with the next generation to make this world a better, more just, more love-filled, safer place.

RELATED: How to talk to kids about tragedies in the news 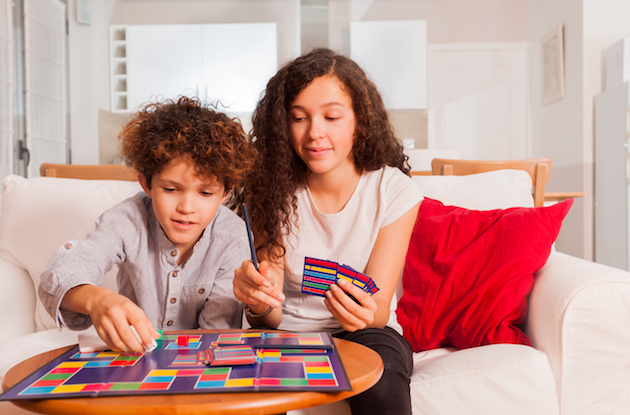 2020 Young Inventor Challenge Now Open to Kids Across the Country

Brookville, NY The Long Island University (LIU) program for gifted children was established in 1980 in response to the increasing recognition of society’s special re...