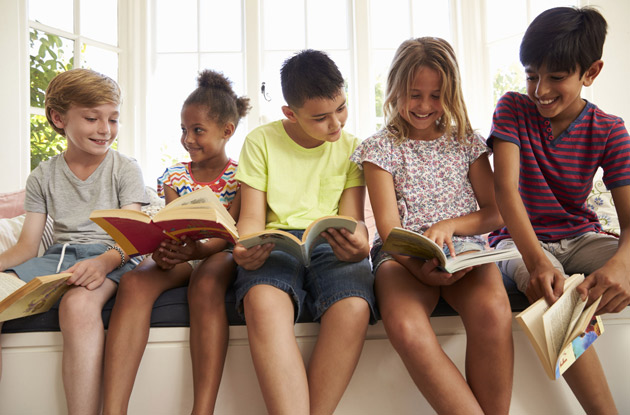 These books will introduce your children to the LGBTQ+ community, history, and experiences.


This unique picture book biography by Lisa Robinson tells the story of James Barry, born female, who lived as a man from age 18 to his death in 19th-century England. He went on to medical school, became a doctor and solider, and traveled the world.

Zenobia is starting a new chapter in her life. She moves to Maine to live with her aunts after becoming an orphan, starts at a new school, and comes out of her shell to find her own community of new friends. The biggest change for her? She’s now living her life openly as the girl she always knew she was. But when someone anonymously posts hateful memes on the school’s website, Zen, who used to spend all her time coding and hacking, knows she’s the only one able to solve the cyber mystery.

Nishat is used to hiding her sexual orientation, but she wants to live authentically and find love, even though she worries that coming out would mean losing her family for good. But when a school competition forces her and her best friend Flávia to compete as henna artists, the closer she gets to Flávia, the harder it is for Nishat to conceal her crush. After years spent in the closet, Nishat must choose between coming out to her family or losing the chance at a relationship with Flávia.

Ever the entrepreneur, 12-year-old Mikey has had many business ideas that never seem to pan out. That is, until a 13-year-old aspiring drag queen Coco Caliente, Mistress of Madness and Mayhem (aka Julian), comes into Mikey’s life and the Anything Talent and Pizzazz Agency is born. Through it all, Mikey realizes that if Julian can be openly gay at school, maybe he can too.

To Night Owl From Dogfish

When Avery Bloom and Bett Devlin’s dads fall in love, Bett and Avery are sent to the same sleepaway camp, much to their dismay, in hopes that they will find common ground and become friends—and possibly even sisters. But the girls soon find themselves on the summer adventure neither could have imagined.

When people look at George, they see a boy, but George knows she’s a girl. She thinks she’ll have to keep this secret forever, but when Charlotte’s Web is announced as the school play, George is determined to play Charlotte. So, she and her friend come up with a plan for George to be the spider in the play—and so everyone can know who George is once and for all.

LGBTQ+ Books for Ages 14 and older

The Gravity of Us

Cal, a 17-year-old with 500,000 followers, is used to sharing his life online, but when his family is relocated from Brooklyn to Houston because his father is selected for a NASA mission to Mars, he’s suddenly thrust into a media circus. And amidst it all, Cal finds himself falling in love with Leon, another “Astrokid.”

Ollie and Will’s summer fling was supposed to be just that—a fling. At least, according to Will. Ollie is crushed when Will ghosts him after summer ends. He doesn’t even have time to mourn what could have been once a family emergency requires him to start at a new school thousands of miles away from his old one. But who does he run into at his new school? None other than Will, who is closeted and hot-and-cold at best with Ollie. Ollie knows he should probably leave Will alone…but what if neither of them really want that?

Music From Another World

It’s 1977, and the only way Tammy can vent about being a closeted lesbian at a strict Christian high school is through her diary, in which she writes unsent letters to Harvey Milk about her hopes, worries, and experiences. That is, until she’s matched with a pen pal named Sharon who she bonds with her over punk rock and emotions they both would prefer to keep secret. But as anti-gay sentiments reach frightening new heights, they must choose what—and who—they’re willing to stand for.

We Are Totally Normal

Written by Rahul Kanakia, this book follows Nandan, who has high ambitions for his junior year of high school—namely, to have a perfect one. But when he hooks up with his friend Dave at a party, all of his carefully crafted plans fall apart. Nandan has always considered himself straight before this, but he can’t deny how much he cares for Dave. As the two take their relationship into the public, Nandan is nervous about what his sexuality means for himself in ways that Dave doesn’t understand.

You Should See Me in a Crown

In Liz Lighty’s small Midwestern town, prom is one of the biggest events of the year. Liz, however, has other things on her mind, like getting into Pennington College and its acclaimed student orchestra. And her high school’s scholarship awarded to prom king and queen could be the perfect ticket for Liz to achieve her dreams. Can she win the crown without falling for Mack, a charming and funny fellow student running for prom queen?

Felix desperately wants to know what love feels like and why it seems so easy for everyone else to find it. Even though he’s proud of his identity as a Black, queen, transgender teen, Felix fears he’s one marginalization too many to live happily ever after—especially when someone begins anonymously sending him transphobic messages after posting Felix’s deadname and images before he transitioned. But what happens when Felix falls into a quasi-love triangle in his plan for revenge?

This fundraising event for the Children's Heart Foundation to fund research for Congenital He... Upper West Side, For 40 years, the Youth Programs at the internationally celebrated Steps on Broadway have nurtured young dancers, ages 18 months to 18 years. Whether...