6 Reasons Why Me Time is Good for Your Health


Once you’ve given yourself permission to take me time—and we’re only talking 15-20 minutes a day—a good next step is to figure out the best time, Dr. Saltz says. Is it when your partner is home to care for your young child, or if you want to do something with your spouse, can a grandparent or babysitter care for your child?

For Redrick, finding that time comes from implementing three techniques:

Mirroring: When you’re doing something for yourself, have your kids do that same thing for themselves. For instance, tell your kids, Mommy is going to read a book to herself for two minutes, and you’re going to read a book to yourself for two minutes. “I did this with my kids when they were very young. As they got older, the time grew, but as a result of that, I could always read for myself, by myself every single day,” Redrick says.

DIPP: Delegate household chores or tasks to family members to create more time for yourself, even something as simple as “having the kids do the dishes so you can read a book,” Redrick says.

Incorporate others in your space. “Maybe, if you’ve got young children, you have a mother’s helper—a 13- to 15-year-old that comes over to your house so that you can make some calls if you’re trying to start a business while she reads to your kids for an hour, or something like that. Maybe its grandparents who ritualistically commit to coming over to get the kids so you can take a bath alone without the kids knocking on the door,” she says.

Purge your calendar and get rid of activities that no longer add value to your life. “I think so many moms are really good at addition and not great at subtraction. We just add and add and add. And then you try to figure out why you’re feeling overwhelmed, why there’s no room for me time—it’s because we’re connected to so many things,” Redrick says.

Suggestions for Me Time

Now that you know why taking me time is important and how you can find the time, the next step is to figure out what you want to do during your alone time.

“Once you identify [what you want to do], figure out how can you do it. So if someone says to me, oh, I just want to go to the beach and get away for five days. Okay, maybe you can’t do that, but maybe you can do part of that. So if you live near a beach, you can go for a walk down there. If it’s just sitting in the warmth, maybe it’s taking 20 minutes [to sit] in a hot tub or getting in the warm bath. So just looking at what do you want to do and looking at ways to do it,” Dr. Lombardo says.

If you’re stumped and need an idea to kick-start your me time, try:

Doing something small and inexpensive. “A lot of people think me time has to be expensive. It doesn’t have to be,” Redrick says. “I initially would just go to a coffee shop and enjoy a cup of coffee and read a book to myself, or I would go to the bookstore and spend some time alone, or I would go to a park with a picnic blanket and snack that I like and I could spend some time just to hear myself think.”

Reading a book or magazine. “I had one client who was talking about how she had a stack of magazines that built up over three years. She had three kids and she had the magazines, but hadn’t read any of them,” Dr. Lombardo says. “And just the thought of sitting down with her feet up without anyone asking her for anything for 10 minutes was all she wanted, and that’s so easy to do.”

Signing up for a class or activity. Just because you say you’ll take me time, it doesn’t mean you’ll always commit to yourself and actually take it—something inevitably will come up. “If you find you’re one of those people and you have all the support in the world, then what you do is you commit in advance with an activity,” Redrick says, “So I would book a concert series six weeks out, and I knew I would go because I paid in advance, or a cooking class, or a yoga class, or Zumba. Commit with your dollars to a class that has a date and that will get you out of the house.”

Engaging your creative side. Whether it’s music, journaling, painting, knitting, writing, or drawing, your creative talents can be utilized during me time. Dr. Lombardo has a client who, when they were talking about musical instruments, said she used to play the guitar and wished she had never stopped. When Dr. Lombardo asked why she didn’t play now, “she looked at me like I was crazy and said, ‘I don’t have any time!’ And I said, ‘What if you took 15 minutes once a week to play the guitar. What would that be like for you?’ And she just became dreamy, just that thought to her was so wonderful,” Dr. Lombardo says.

Going to the gym or for a walk. “I think exercise is a biggie because it really helps with mood, it helps with mental health and physical health. So that’s an important thing to try to be doing,” Dr. Saltz says. “But if you don’t find exercise to be pleasurable, then it is important to have times when you’re picking something that you do enjoy.”

RELATED: How to Fit Exercise into Your Day

While the idea of taking me time is well and good, what about that ever-lingering feeling of mom guilt and the fear of being on the receiving end of mom shaming?

“When people are concerned about being judged by other people, what they really are is judging themselves. Because if you aren’t judging yourself, if you are one hundred-percent fine with it, then another mother could say some comment or remark like, oh, it must be nice to be able to do that, and it doesn’t hurt,” Dr. Lombardo says.

Moms feel guilty about spending time alone because they have a perfectionistic expectation of themselves and they shouldn’t need me time, according to Dr. Lombardo. “In psychology we talk about should-ing all over yourself. I shouldn’t do this. I shouldn’t do that. That’s ridiculous, and it’s so harmful psychologically, it’s so harmful physically, it’s so harmful socially,” she adds. “We are such an all-or-nothing society—you’re either selfish or selfless, but there’s a lot in between. So realizing that it’s not being selfish, it’s practicing good self-care. You can’t consistently be a great mom if you’re so overwhelmed you’re not taking time for yourself. We have needs like rest, we have needs like having fun…and we really need to take care of those needs. You can take care of yourself and that doesn’t make you selfish. It makes you human.”

On the other hand, “if you’re so overwhelmed with guilt that you can’t take 15 minutes to go take a bath or to read a book, I would be concerned that either you have separation anxiety from your child, or your child is having something going on that makes it feel like you can’t leave. Maybe they have an issue that needs attending to or you have an issue going on that needs attending to,” Dr. Saltz says. “It should be okay to take 15 minutes to do something relaxing or engaging that doesn’t include your child.”

And if that mom guilt does start to creep in when you’re doing something for yourself, just remember: “We’re human. Everyone needs time for themselves, it’s just part of they way we’re made up,” Dr. Lombardo says. “Remind yourself, I’m being a really good mom by taking this time for myself because I can be much more engaged with my children. I can be more present.”

This is the first in a two-part series about the importance of downtime. Read the next article, about me time for kids.

RELATED: Want to Spend Some Fun Time with Kids? Get Activities Sent to You!
< 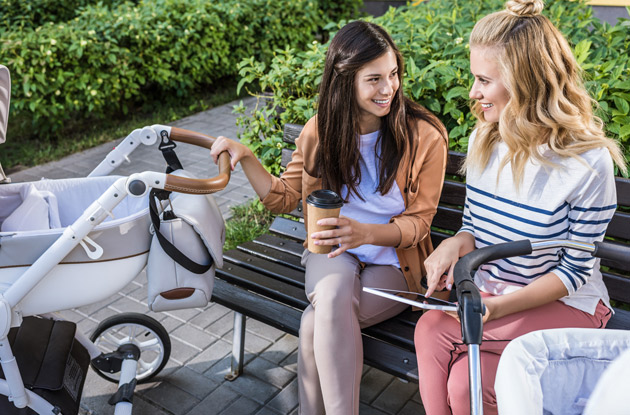 How to Make Parent Friends: Strategies to Meet Other Moms and Dads

Want to make friends with other parents? Here's how to make mom friends and dad friends in and near NYC. 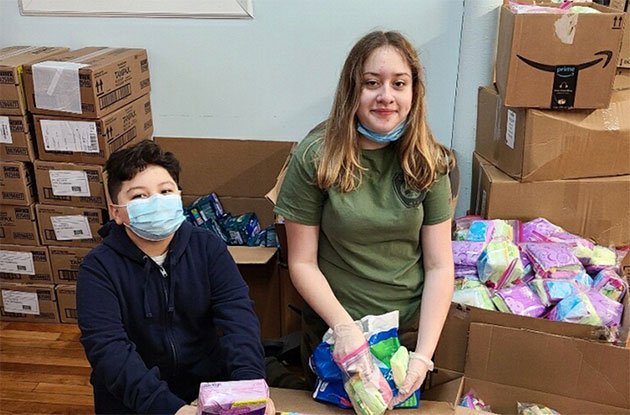 Port Washington, New York Whether a budding rock-star or an aspiring classical musician, BACH TO ROCK (B2R) is THE place to find the best music education programs for everyone!...

White Plains, Creative Wonders is a pediatric therapy center with seasoned occupational, physical, and speech therapists. Our therapists are trained and have many s...