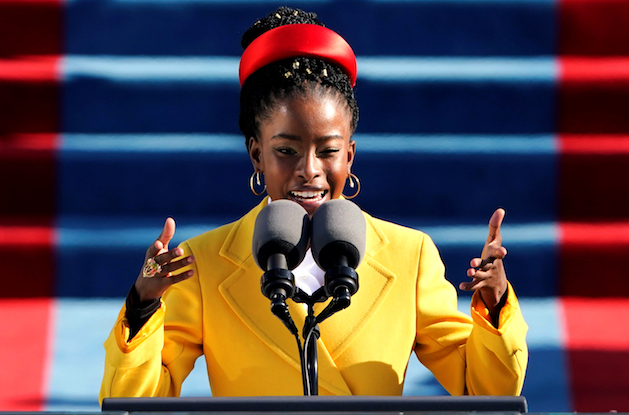 22 Role Models for Girls That Will Empower Your Kids

These female-identified role models are champions for justice and an inspiration to kids of all genders.

Aisholpan Nurgaiv was only thirteen years old when she won the annual eagle hunters’ competition in Ulgii, located in northwestern Mongolia. She is the subject of the documentary The Eagle Huntress, which tells the story of a Kazakh girl whose father trains her in the male-dominated art of hunting on horseback with a golden eagle. The documentary has been criticized for seeming staged, but there is nothing fictitious about Nurgaiv’s skill and prowess.

Young Writers Who Are Role Models for Girls

At age 22, poet Amanda Gorman has achieved more success than most writers ever dream of in a lifetime. Named the Youth Poet Laureate of Los Angeles in 2014, and the first National Youth Poet Laureate in 2017, Gorman had already penned verses for a number of ceremonial occasions before she was selected to deliver the inaugural poem for President Biden as the youngest inaugural poet in U.S. history.

Musical icon Billie Eilish is an award-winning singer-songwriter whose work resonates deeply with young people of all genders. Known for her uncompromising commitment to her art and her signature style of baggy, body-concealing clothing, Eilish inspires her fans to express themselves in the way they most feel comfortable. She is the youngest person, and only the second in history, to sweep the four main Grammy categories in a single year.

Young Activists Who Are Role Models for Girls

Young Swede Greta Thunburg soared to international fame with her unforgiving critiques of world leaders’ failure to act in the face of the climate crisis. The teenager went from staging sit-in protests in Stockholm to leading the massive, global Climate Strike in March of 2019. Thunberg talks openly about her mental health issues and Asperger’s diagnosis, saying she believes her difference is also her strength.

Artist, activist, author, entrepreneur and popular TED speaker Maya Penn founded her eco-design fashion brand when she was only 8 years old! She was featured in Forbes magazine at age 10, and was the youngest Supersoul 100 entrepreneur selected by Oprah Winfrey. She is the author of You Got This!, an inspirational guidebook for young people, and produces an ecologically-themed animated series called The Pollinators.

Emma González was just a senior in high school when a gunman invaded the Marjory Stoneman Douglas campus in Parkland, Florida. She hid under seats in the auditorium and held the hands of her classmates during the attack. Three days after the shooting, she delivered a fiery speech denouncing politicians and gun lobbyists, and rose quickly to fame. Alongside a number of her fellow student survivors, González organized the massive 2018 March for Our Lives, the signature event of the largest youth movement against gun violence in history.

Growing up in a region of Kenya filled with forest and clean drinking water, Elizabeth Wathuti planted her first tree at the age of 7. She is the founder of the Green Generation Initiative, which aims to develop respect for nature and environmental consciousness in young people. She self-funded her first event, planting trees with children at a local primary school. At 23 years old, she is now head of campaigns at the Wangari Maathi Foundation and a prominent environmental activist.

Activist Jazz Jennings has been the poster-child for transgender youth since she appeared in her first television interview with Barbara Walters at the age of 6. Her popular YouTube channel led to the TLC reality show I Am Jazz, which premiered in 2015, as well as her 2016 autobiography, Being Jazz: My Life As a Transgender Teen, all of which brought the life experieces of trans kids to the attention of millions of people. She also successfully waged a 2½-year battle with the United States Soccer Association in order to give trans youth the right to play on the team of their chosen gender.

Divina Maloum is the recipient of the 2019 Children’s Peace Prize, whose previous awardees include Malala Yousafzai, Emma González, and Greta Thunberg. Distraught over the impact of violence on the children of her homeland, Cameroon, she created a peer-education organization that seeks to bring peace to the nation by teaching its children.

Daphne Frías, born and raised in West Harlem, got her start in activism by busing students from her college to the March for Our Lives in Washington, D.C. She went on to become NY State director of March for Our Lives, and founded Box the Ballot, an organization that aims to increase youth voting through absentee ballots. She works on a variety of causes, including climate change and dating violence, and is proud to represent the Latinx and disabled communities. Frías is currently a medical student.

Ridhima Pandey is a 13-year-old climate activist from India. She learned of the catastrophic effects of climate change at age 5, when her home state of Uttarakhand experienced devastating flash floods. At age 11, she addressed the UN Climate Summit. She is one of 16 children who filed a complaint with the United Nations about government inaction on climate change, and she has also filed a petition with the Indian Supreme Court.

Amy Poehler founded Smart Girls, which began as an online show for young girls, but evolved into a place for information, comedy, and community. Smart Girls emphasizes intelligence, imagination, and curiosity while encouraging girls to volunteer, become involved in their communities, and expand their worldview while being true to their wacky, weird selves.

Girls Who Code believes that the more girls are exposed to computer science at a young age the more likely they will be to work in technology and engineering fields in the future, which will be key to their success. Founded in NYC in 2012 by Reshma Saujani, the program has trained 300,000 girls to code worldwide, and graduates of the program go on to major in computer science at 15 times the national average.

Girls on the Run NYC

In 2006, Girls on the Run NYC hosted its first program for girls in third through eighth grades. The goal? To teach life skills and unleash confidence while establishing a lifelong appreciation for health and fitness through interactive lessons and running games over the course of a 12-week season that culminates in a 5K run. In 2011, the organization became Girls on the Run NYC, offering the program in Brooklyn, the Bronx, and Queens. A study has shown that the program is effective in increasing both the physical activity and the confidence of program participants.

Girls Inc. Westchester helps middle- and high-school aged girls make good decisions, solve problems, and lead others. It is the local affiliate of Girls Incorporated, a 150-year-old national nonprofit providing more than 140,000 girls with inspiring experiences to help them grow, including programs focused on STEM, violence prevention, safety, media literacy, health, sexuality, and economic literacy. Through these programs and other workshops, Girls Inc. Westchester hopes to instill strength, boldness, and a passion for learning in its young members.

Looking for more recommendations of books, movies, music, and shows featuring strong female characters and positive role models? Check out A Mighty Girl, which aims to be the world’s largest collection of media and toys for smart, confident, and courageous girls.

RELATED: 9 Ways to Help Your Kids Learn Empathy Every Day

Steampunk Designs: a touch of Victorian, a few mechanical parts, some florid fantasy, and a bit o... Author: Marie Holmes has written for Good Housekeeping, Cosmopolitan, the Washington Post, and other publications. She lives in Upper Manhattan with her wife and their two children. See More