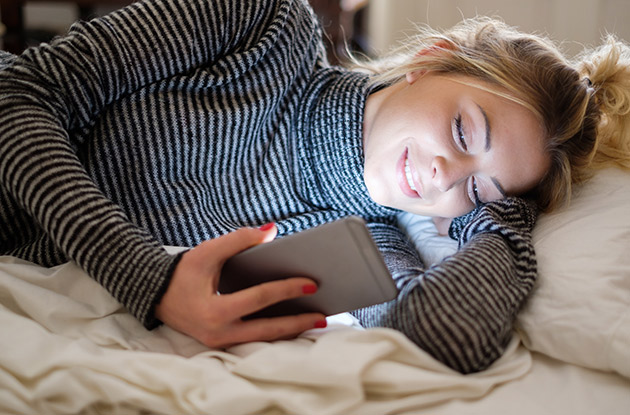 The Social Media Apps You Need to Know About

Your kids are constantly behind their phones, but what are they doing?

GroupMe is a direct and group message service with no fees or limits. Users can send photos, videos, and calendar invitations. According to Common Sense Media, the app is best for older teens because the GIF and Emoji functions include some adult themes. Also noteworthy is that the app allows teens to be constantly connected, due to lack of limits or fees.

Similar to GroupMe, WhatsApp is a free, cross-platform messaging service allowing users to send texts, voice messages, make voice and video calls, share messages, documents, locations, and other media. The app is for users 16 and older.

Discord is free voice, video, and texting app for users 13 and older. It was originally created to unite users who love gaming, according to the app's website, and it allows users to join a chat they've been invited to or to create their own to discuss games. Users have a variety of security options such as choosing who can message them, who can add them as a friend, what servers they want to join, to block someone, and to scan and delete messages with explicit content.

This app is another free alternative to texting app built specifically for teens. There has been a lot of controversy and negative conversation surrounding the app regarding communication with strangers and covert marketing. The app has allegedly been used in high-profile crimes, including murder and child-pornography, according to Common Sense Media.

6 Signs Your Child Is a Victim of Cyberbullying

Is Mother's Day a Bigger Deal Than Father's Day?

Our favorite dad blogger @DadandBuried has something to say about Father's Day that moms will surely appreciate.

Here are some fun and interesting president trivia questions for kids to get them interested in politics from a young age.