Get fall activities sent to you


Indeed, what we see as sexy, a tween girl likely only thinks looks cool. So try not to read too much into her choice. If you can’t let her pick go, then consider allowing it with the addition of tights, a tank top, or other modest underpinnings.

Scary Situation: Your sister-in-law shows you her toddler’s costume. It's the one you told her you had your heart set on for your baby.

Solution: Feel the love. OK, at least try to. This happened to me. I know it sounds petty, but I was peeved. A baby’s first Halloween costume is a sacred thing. It makes grandmas swoon like nothing else, is in more photos than any costume to follow, and will be fodder years later for trivia questions by teens trying to prove you don’t know them at all. I wanted to be able to answer, “You were a peapod! There never was a more adorable piece of produce!” without having to add “except for cousin Kenny.”

Then a friend pointed out it was obvious she loved me and my baby a ton, and this seemed like an attempt to bond. So I let it go, after briefly considering switching my bambino to a cuter vegetable, like a carrot or radish, for spite. (This was not a proud moment.)

So you have two choices in this scenaro: either change your child’s costume to Piglet to complement the new Pooh, maintaining individuality. Or smile and see it as adoration. It also helps to imagine what you would do if you and a friend showed up at a party in the same dress. You’d surely laugh, not sulk. Then you could both get on with the business of having fun.

Solution: Proactive protection. It’s worth your while, as not much is worse than a preschooler finding the guts of a lovingly painted gourd she’d named Peter on the walkway.  To foil mischief makers, keep ol’ Pete near your front door or under an outdoor light. Motion detectors rigged with sound work, too, and those will also scare off raccoons.

Elena Koehler, a mom of two in Nassau, discovered a way to keep an early-October-carved jack-o’-lantern mold-free through the big day. She opens up those little silica packets, the ones that say “don’t eat,” inside new purses and shoes, and sprinkles the contents inside. You can also buy pumpkin preservative at your local garden center. Of course, the later you get it, the better. “Raymond and Emilie start begging for pumpkins as soon as we see them in the supermarket. That’s barely after school starts! I know nothing will keep it fresh that long,” says Koehler. “I hold them off with those hard, pre-painted mini pumpkins. Those last forever.”

RELATED: Find the best local spots to pick your own pumpkins.

Solution: Whenever a group goes trick or treating, it’s virtually unavoidable that one kid gets left behind as the others seem deaf to his cries of “Hey guys, wait up!” I know it’s like a knife to your heart to watch this, but give the benefit of the doubt. What with everyone hyped up on Pixie Stix, it’s quite possible it wasn’t an intentional snub.
Stefanie Mullin, a mom of three in Rockland, agrees. “When his two pals took off around the corner without telling Tony, I hoped it wasn’t that they were trying to ditch him. So I suggested going around the block the other way. We soon met up with them, and they hadn’t even realized Tony wasn’t with them, they were so excited.”

If you’re the only parent in charge of the group, you don’t have much choice but to try to keep up with them, and call one of their parents if you can’t. But if not, taking your kid on an alternate route, trying to be as positive about the situation as you can, teaches a valuable lesson. You can’t control what other people do, only how you react. 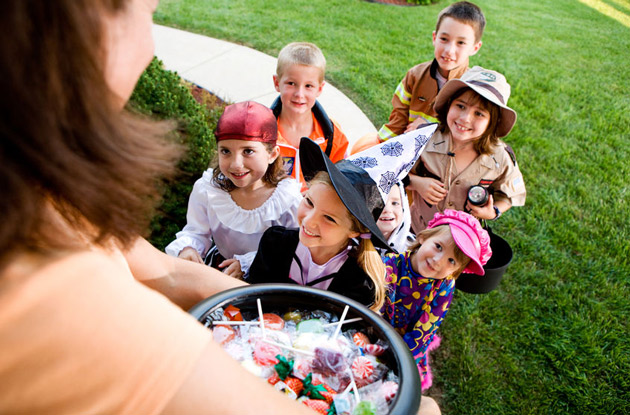 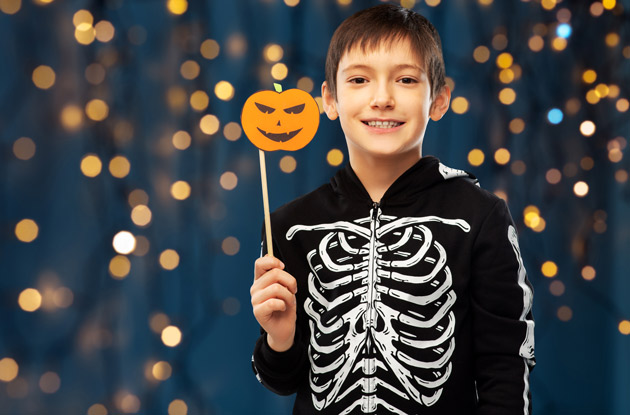 How to Celebrate Halloween with a Child with Special Needs Celebrations In The Kitchen

Hicksville, NY Our very hand-on baking parties and classes are designed for everyone, with a special emphasis on what is fun and entertaining, yet builds self confid...

Riverhead , NY DPF 4-H Camp is a 140 acre co-ed sleep-away camp for campers ages 8-16. Our camp is located on the majestic Long Island Sound in Riverhead, NY. Our c...

East Meadow, NY CulturePlay is a TECHSPACE for kids, tweens, and teens. Our TECHSPACE provides opportunities for youth to engage with 21st century technology with t...