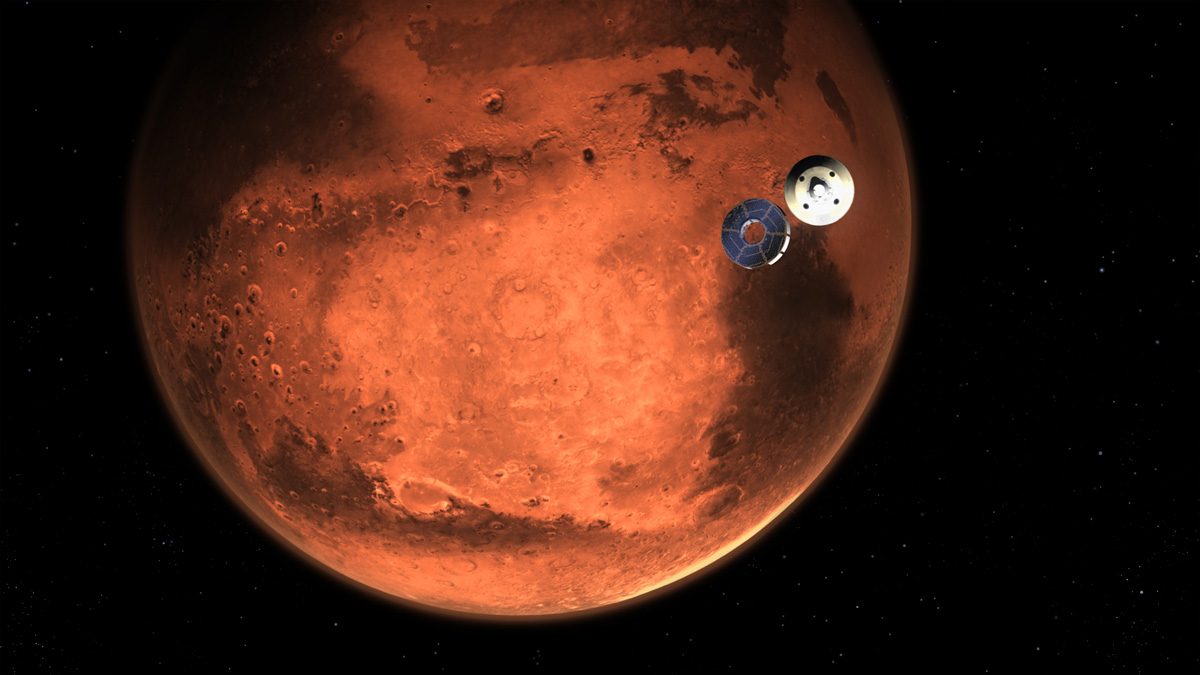 After nearly 300 million miles (470 million km), NASA’s Perseverance rover completes its journey to Mars on Feb. 18, 2021. But, to reach the surface of the Red Planet, it has to survive the harrowing final phase known as Entry, Descent, and Landing (EDL). Watch the live broadcast in the museum’s Space Gallery. The planetarium Coordinator will be on hand to answer questions. Family Activity: Visit MARS in 3D - Get a chance to see the Martian landscape in your own new way with 3D glasses that you make! Learn all about Perseverance’s mission and how 3D glasses and anaglyphs work in this self-guided activity. Free with Museum Admission “Perseverance has a lot of groundbreaking objectives and instrumentation for its mission including new radar, creating oxygen from carbon dioxide, searching for microbial life, and returning Martian samples to Earth. But one of the key objectives that we are very excited about is the “helicopter” named Ingenuity tucked into its belly that will make the very first powered flight on another planet!” - Jennifer Baxmeyer, Executive Director, Cradle of Aviation Museum and Education Center Why the Landing is So Exciting to Watch • Perseverance is the most capable rover ever sent to the Red Planet. With seven science instruments, 23 cameras, and two microphones, this rover will gather more information than ever before about Mars! • Entry, Descent, and Landing (EDL) is the most intense phase of the mission. In the seven-minute trip (known as 7 minutes of terror) from the top of the atmosphere to the surface of Mars, hundreds of critical events must execute perfectly for a safe touchdown. • Perseverance will land in Jezero Crater, a place that holds promise for finding evidence of past microbial life. The rover will collect the most compelling rock samples and store them on the Martian surface for possible return to Earth for a future mission. • The Mars Helicopter Ingenuity is the first test of powered flight on another planet. Weighing less than 4 pounds, it's light and strong enough to stow away under the rover and survive the harsh Martian environment. It can fly up to 90 seconds to distances of almost 980 feet at a time, about 10 to 15 feet above the ground.

About Cradle of Aviation Museum

Long Island's air and space museum, Cradle of Aviation Museum is dedicated to preserving Long Island's rich aerospace heritage of discovery and to inspiring future generations through science and technology.