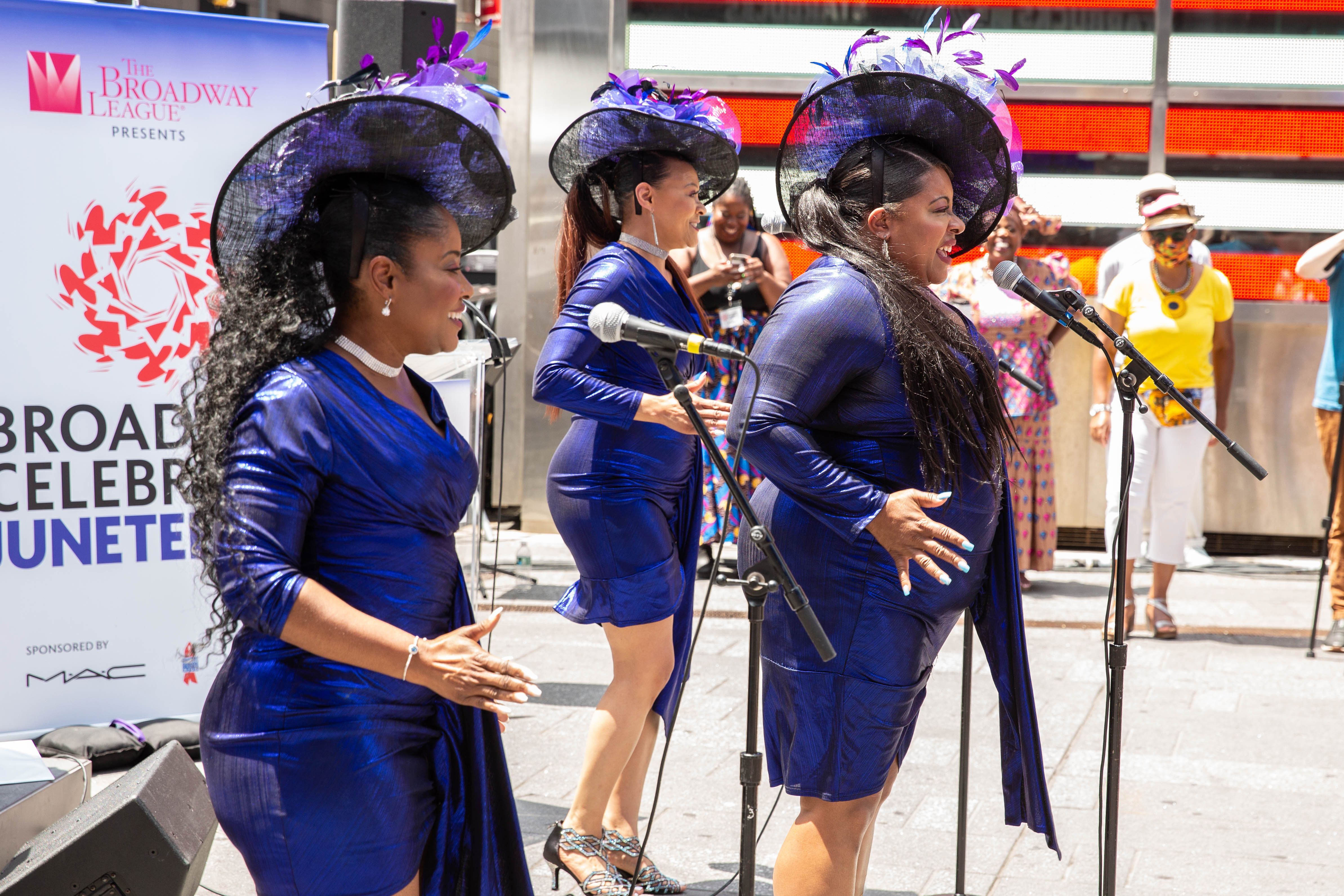 The Broadway League’s Black to Broadway Initiative presents the second annual Broadway Celebrates Juneteenth concert, a free outdoor event centered around Black artistry and community. Broadway Celebrates Juneteenth features Black performers, and allies, from a variety of Broadway shows performing their own works of art, with their song, dance, and poetry accompanied by live music provided by The Music Performance Trust Fund. In addition, the event will welcome notable guest speakers to celebrate this momentous day. The goal of Black to Broadway is to inspire deeper engagement with an awareness of, and access to Broadway for all Black people. Created by The Broadway League in 2019, and originally called Let’s Do Broadway, this initiative is an industry-wide celebration of the Black community on Broadway — on stage, in the audience, behind the scenes, and as leaders in the Broadway community.