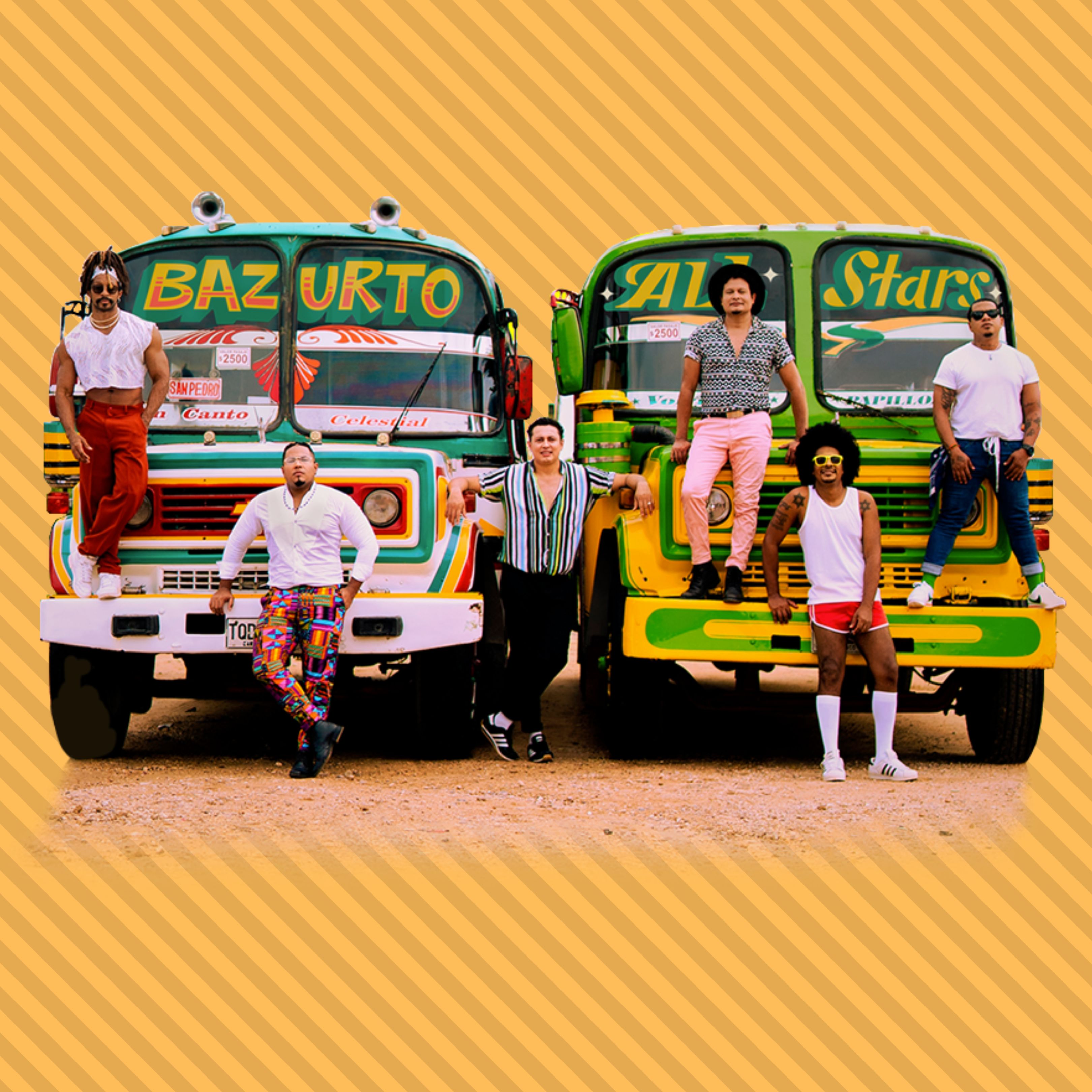 The Bazurto All Stars have their own unique sound which comes from the mixing of African Champeta, folkloric and electronic music with cumbia, vallenato, reggae, ska and even symphonic music. They have dubbed this fusion "La Champeta Universal" or “Universal Champeta” which has allowed champeta to cross social, cultural, and language barriers to evolve and adapt to a variety of musical styles. The result has been a string of hits like "LA MANGUERA", "EL BOLOLO", "ME FALLA EL WIFI", "LA REINA DEL BAILE" and "LA PUPILETA". This last song broke all of the rules and expectations within the genre and reached markets that more traditional champeta had never entered, becoming the official song of the Carnaval of Barranquilla (the largest after Rio) in 2016 and becoming one of the most recognized songs within Colombia in 2016 and 2017.

Since 2009, the band’s music tells the story of daily life in the working-class neighborhoods in the heart of Cartagena, "EL MERCADO DE BAZURTO" or "THE BAZURTO MARKET", the epicenter of the colors, taste and sounds of Africa and the Caribbean. Known as the “Maquina de la Sabrosura Pura” or “Pure Party Machine” and the best champeta band in Colombia, these 7 musicians have an unrivaled stage show within the Colombian musical scene. Their show is explosive, full of energy and dancing, that hooks the public from the first note. They were awarded the prestigious "Congo de Oro" from the Carnaval of Barranquilla on three occasions (2016, 2018, and 2019). They also won the Premio Shock in 2016. Several of their songs hit #1 on the top radio stations in Colombia. They collaborated with top artists Peter Manjarrés, Kvrass, and Wilfran Castillo on the songs "CARNAVAL DE AMOR", "LA MUCHACHITA" and "EL REMIX DE LA BORRACHERA". They also performed alongside the symphonic group "LA SINFONICA DE BOLIVAR" with the first "CHAMPETA SINFONICA", a special production called "A Mi Manera", granting them concerts nationwide.

Other Events at Flushing Town Hall

The mission of Flushing Council on Culture and the Arts (FCCA) is to present multi-disciplinary global arts that engage and educate the global communities of Queens and New York City in order to foster mutual appreciation.  As advocates of arts equity since 1979, they support local, immigrant, national, and international artists, developing partnerships and collaborations that enhance our efforts.

Flushing Town Hall provides exciting opportunities for kids and families to encounter the arts together.  Their performance series showcases talented professionals from a variety of performing arts and cultures whose shows have proven to be entertaining for audience members young and old.  Their interactive arts compliment these presentations by giving kids and families a fun opportunity to do a hands-on exploration of the show's art forms taught by the performers or Flushing Town Hall teaching artists.