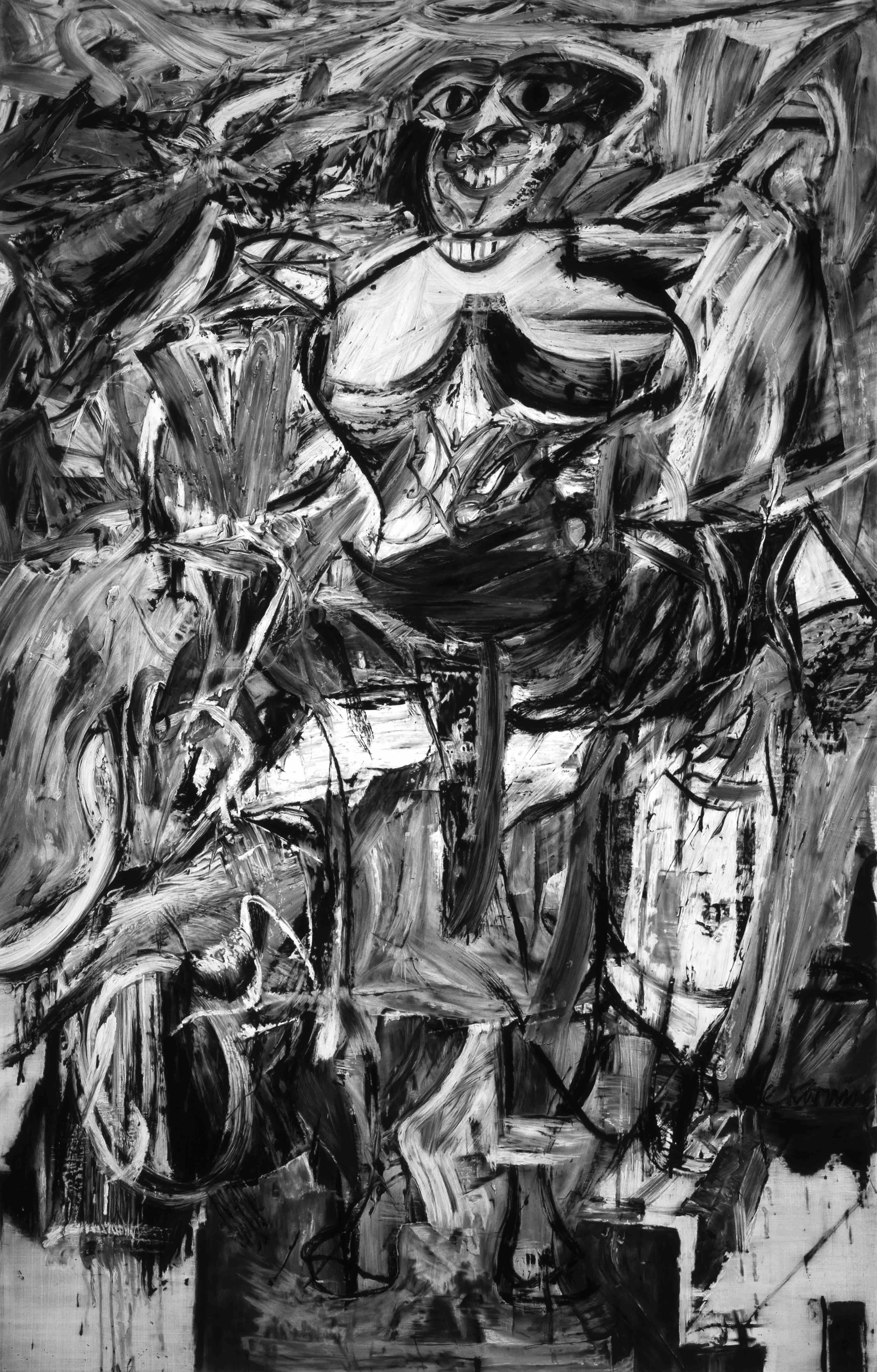 A House Divided is a two part exhibition featuring images that represent both how America was once perceived––as a country at the peak of its power and influence–– and images that echo its current state of chaos and conflict. In a restaged version of Longo’s 2014 Gang of Cosmos presentation at Metro Pictures, the first part of the exhibition recalls an America of the past and includes large-scale charcoal drawings of well-known Abstract Expressionist paintings. It focuses on the historical magnitude of the period, in both art historical and cultural contexts—specifically the shift in political and cultural dominance from Europe to the United States in the years following the Second World War. Considered the most advanced American art at the time, it was championed for being uniquely American in spirit – monumental in scale, romantic in mood, and expressive of freedom. In contrast, the 2nd part of the exhibition features work from Longo’s “Destroyer Cycle,” a series that focuses on the indelible imagery generated by the current politics of power, greed, aggression, and inhumanity. Large-scale hyperrealist works that reflect the fraught events dominating the current U.S. news cycle, such as the opioid epidemic, California wildfires and protesters at the 2016 Women’s March. For over 30 years Robert Longo has been a prominent figure in New York’s cultural scene. His artworks, music performances, films and videos invent, cull, and recycle iconographic images from an expansive cultural visual cache to comment on ideas surrounding image potency, production and circulation. He was among the five artists included in the seminal 1977 Artists Space exhibition “Pictures” and is a key figure of the subsequently named Pictures Generation. TIMED TICKETS AND VISITOR INFORMATION To ensure the health and safety of its visitors in response to the COVID-19 pandemic, Guild Hall has instituted the following measures: Reservations to visit the Museum are recommended. You can reserve timed tickets online or by calling 631-324-0806 Thursday-Monday, 12-5 p.m. Drop-ins are also welcome! Visitors are asked to be on time for their appointment. Visits are for a maximum of one hour and no more than 50 people will be allowed in the museum galleries at a time. Visitors should enter through the left most front door of the building and check in with the Receptionist at the box office. A one-way footpath proceeds throughout the museum. Masks are required in the building for all patrons over the age of 2. Social distancing of at least 6 feet is encouraged in the museum galleries and lobby.

About Guild Hall of East Hampton