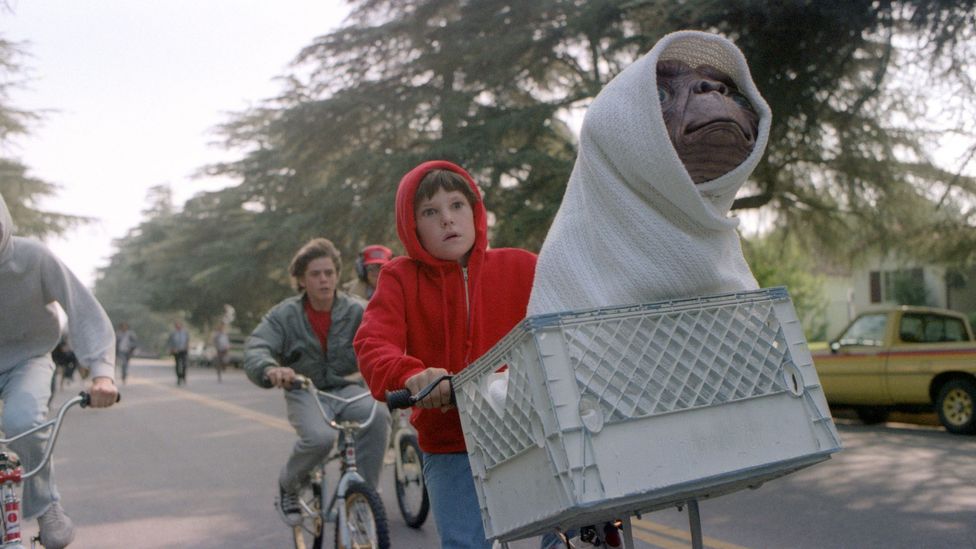 Celebrate the 40th Anniversary of E.T. the Extra-Terrestrial at the Burns! Kids in costumes who come to see the movie will receive a fun prize! After a gentle alien becomes stranded on Earth, the being is discovered and befriended by a young boy named Elliott (Henry Thomas). Bringing the extraterrestrial into his suburban California house, Elliott introduces E.T., as the alien is dubbed, to his brother and his little sister, Gertie (Drew Barrymore), and the children decide to keep its existence a secret. Soon, however, E.T. falls ill, resulting in government intervention and a dire situation for both Elliott and the alien. Celebrate Halloween with this kid-friendly classic. Come to E.T. in costume and you’ll get to take home some spook-tacular prizes.

The Jacob Burns Film Center is a dynamic nonprofit educational and cultural organization in Pleasantville, NY. At its five-screen thater it presents the best of independent, documentary, and world cinema, along with an exciting roster of special guests. Across the street, the Media Arts Lab is the hub of our education mission to develop and implement programs that provide instruction and inspiration in media-making and communication for a visually, digitally, and globally connected world. With these two state-of-the-art facilities and a Residence for International Filmmakers, the JBFC campus provides countless opportunities for dialogue and community engagement.

Each year, over 200,000 people come through its doors to see more than 400 different films, and 13,000 students participate in its education programs every year.

The Jacob Burns Film Center (JBFC) is a nonprofit educational and cultural institution dedicated to presenting the best of independent, documentary, and world cinema; promoting 21st century literacy; and making film a vibrant part of the community.