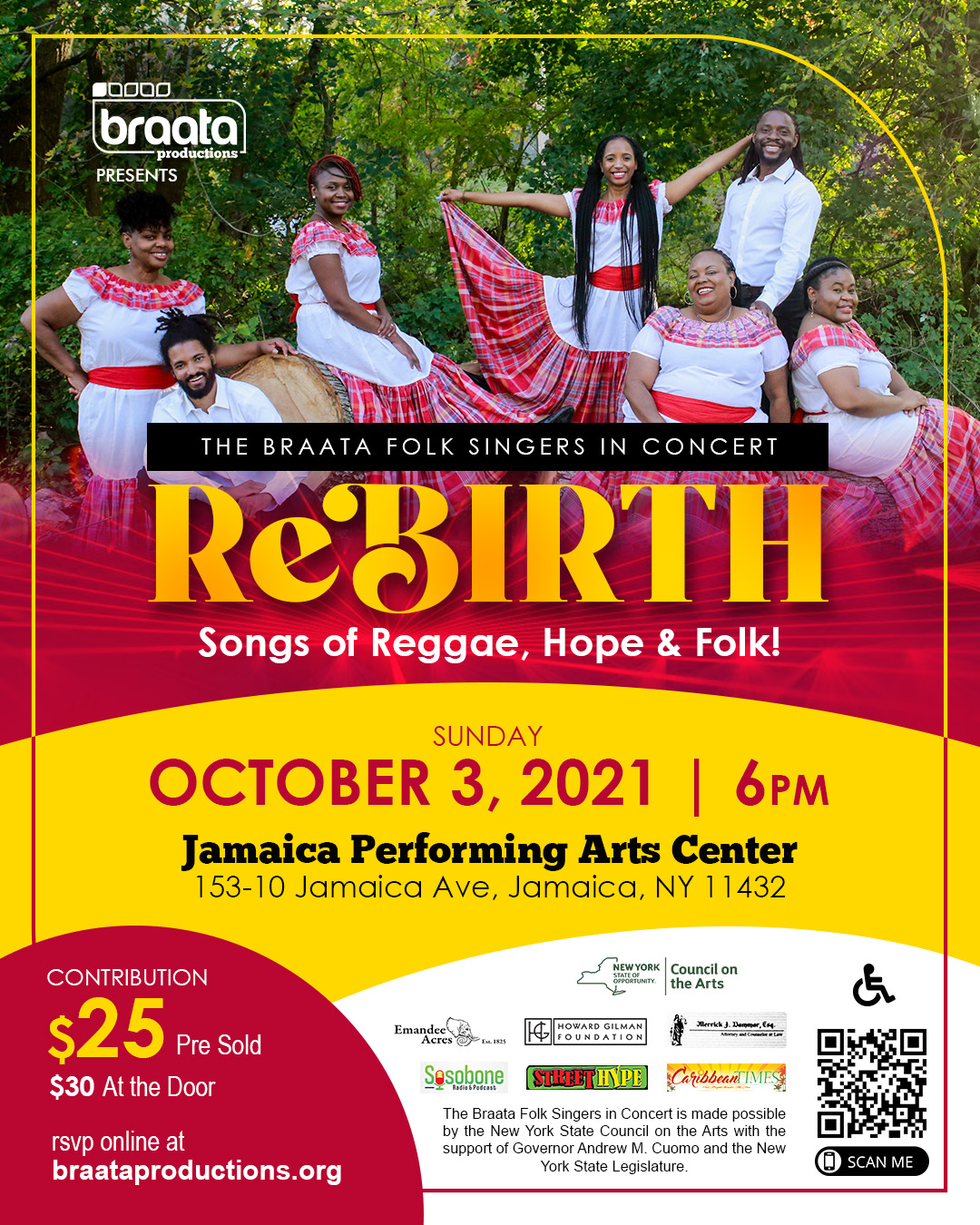 Caribbean Folk Ensemble, the Braata Folk Singers, will grace the stage once more after a triumphant return to concert performance on Father’s Day earlier this year. Armed with an expanded repertoire, this performance will mark the New York-based group’s second live production since the pandemic began. The concert will include the much-loved inspirational, folk and reggae songs from the June 2021 concert. The Braata Folk Singers, under the creative direction of Jamaican-born actor, singer, and producer Andrew Clarke, and the musical direction of Joel Edwards, present “Rebirth”. The concert is produced by Braata Productions, which is dedicated to giving Caribbean and Caribbean-American artists a platform to showcase their work and talents. Their mission is to transform lives through cultural awareness and the arts and to bring Caribbean folk culture, artists, music, stories, movement, and theater into more prominent spaces while providing an opportunity for Caribbean artists to receive greater recognition. Advanced ticket purchases are encouraged to minimize in-person transactions and to observe Covid protocols. For those unable to attend the concert, donations are encouraged to ensure the Braata Folk Singers’ continued existence.