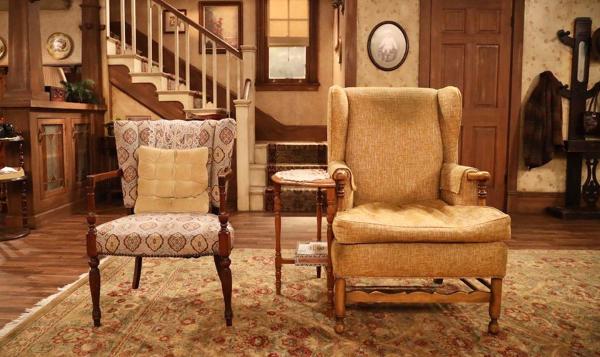 Lecture: Why All In The Family Still Matters

All in the Family was a popular sitcom that aired between 1971 and 1979, it was set in our very own Queens! Rutgers University Press recently published Those Were the Days: Why All in the Family Still Matters by Jim Cullen. The author is a local - New York based too! The lecture will be about how All in the Family was more than just a wildly popular television sitcom that routinely drew 50 million viewers weekly. The sitcom was also a touchstone of American life, so much so that the living room chairs of the two main characters have spent the last 40 years on display at the Smithsonian. The author will focus on how did a show this controversial and boundary-breaking show managed to become so widely beloved. Those Were the Days is the first full-length study of this remarkable television program. Created by Norman Lear and produced by Bud Yorkin, All in the Family dared to address such taboo topics as rape, abortion, menopause, homosexuality, and racial prejudice in a way that no other sitcom had before. Through a close analysis of the sitcom's four main characters - boorish bigot Archie Bunker, his devoted wife Edith, their feminist daughter Gloria, and her outspoken liberal husband Mike - the author; Jim Cullen, will share how All in the Family was able to bridge the generation gap and appeal to a broad spectrum of American viewers in an age when a network broadcast model of television created a shared national culture.