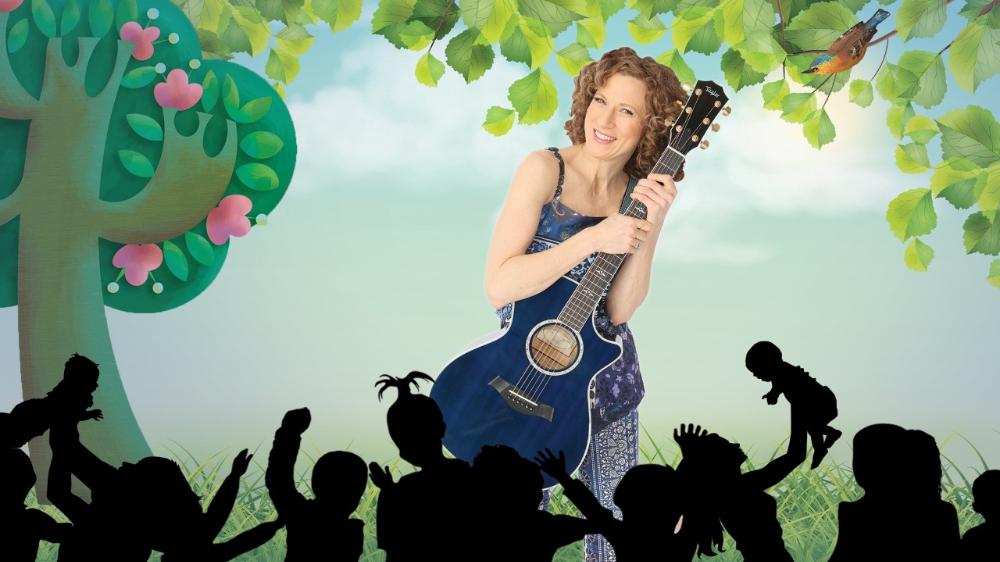 Legendary children's musician Laurie Berkner invites everyone to join her at two LIVE Virtual Family Concerts on Father's Day on Laurie's concert website. For double the fun, a family ticket grants admission to one or both livestreams. The Laurie Berkner Band's keyboard player, Susie Lampert, will be a special guest at this show, and other band members will also pop by. Laurie hopes everyone will join in the festive family spirit and sing and dance along. Laurie Berkner's virtual family concerts are full-length, visually-enriched, interactive experiences, so kids might see images of marching dinosaurs during "We Are The Dinosaurs" or Victor and Freddie during "Victor Vito." Kids and grownups alike are encouraged to share their thoughts and ideas with Laurie in a live chat throughout each show. Laurie will perform songs about the joys of family, like "I Love You Daddy" and "My Family," along with an array of her greatest hits, including "Victor Vito," "The Goldfish (Let's Go Swimming)," "Pig On Her Head," "Rocketship Run," "Chipmunk At The Gas Pump," "Moon Moon Moon," and more. Laurie will also perform songs from her new album, Let's Go!. A fun-filled virtual lobby will feature pre-show music and videos, assorted games, and a star-decorating activity. For those who'd like to spend a few minutes chatting one-on-one in a video call with Laurie after the show, special Meet-and-Greet tickets are available.