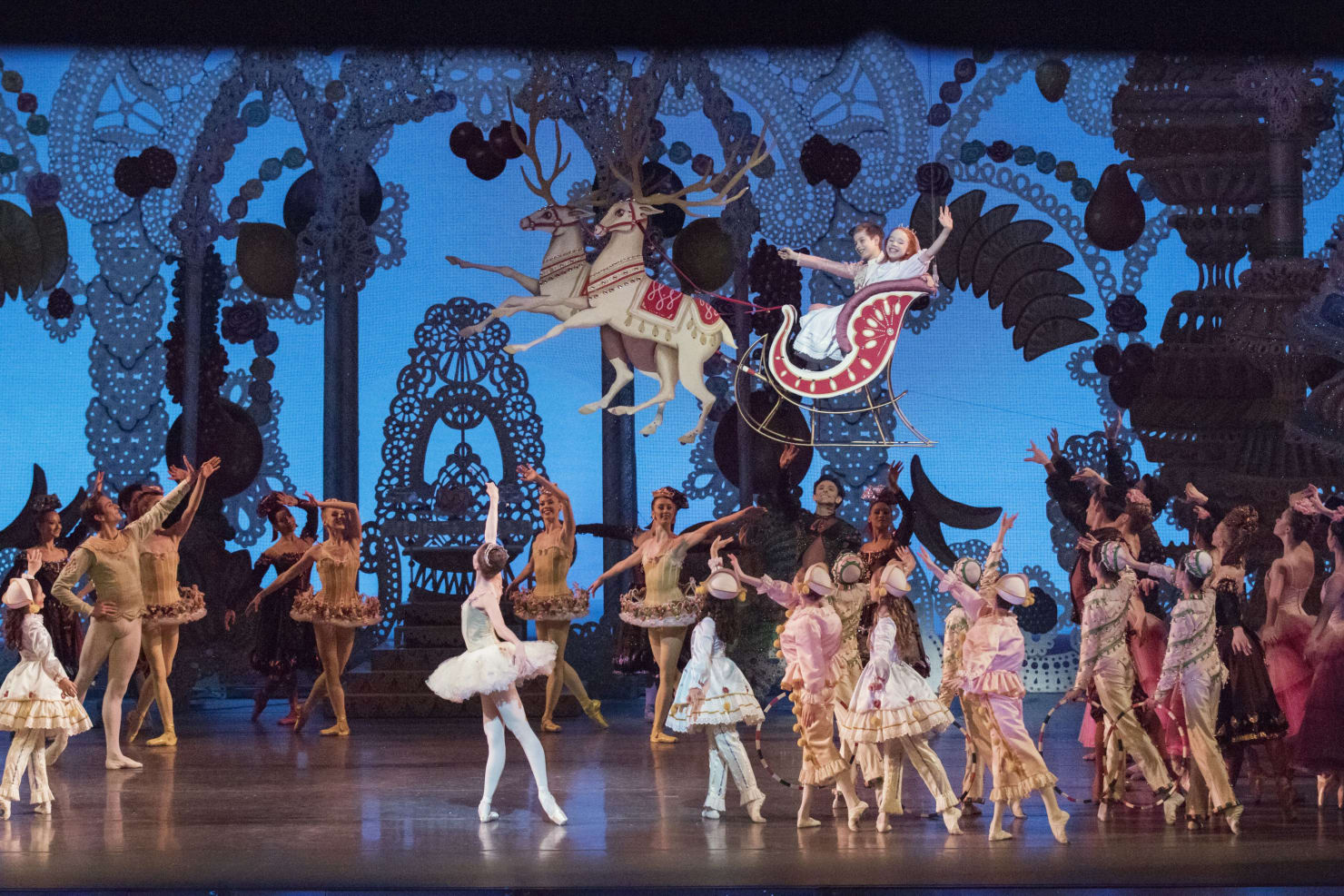 Children of all ages from New York City and the around the world fill the David H. Koch Theater to be captivated by the lure of Tschaikovsky's music, Balanchine's choreography, Karinska's sumptuous costumes, and Rouben Ter-Arutunian's magical sets. George Balanchine's The Nutcracker®, based on the Alexandre Dumas père version of E.T.A. Hoffmann's tale, The Nutcracker and the Mouse King (1816), demands a full-scale production. The elaborate stage elements and intricate lighting unleash the viewers' imagination by providing visual effects that are extraordinarily grand. The most famous example is the one-ton Christmas tree that grows from a height of 12 feet to 41 feet, evoking audible gasps of disbelief from the audience at each performance. Other notable feats include the comic figure of Mother Ginger — 85 pounds and nine feet wide, the costume requires handling by three people once it is lowered by pulley over the dancer's head — as well as the continuous flutter of the purest, crystal-shaped snowflakes. While these technical achievements are wonderful fun, it is Balanchine's choreography that sustains the ballet through two acts. Act I introduces the characters — the Stahlbaum children, Marie and Fritz, Herr Drosselmeier and his Nephew — and also begins the transition from reality into fantasy with the concluding Snowflake Waltz. Act II offers the complete transformation. We have entered the "Kingdom of the Sugarplum Fairy" and there is no turning back.

George Balanchine’s The Nutcracker® is recommended for ages 5+, and all patrons, including small children sitting in laps, must have a ticket to enter the theater.