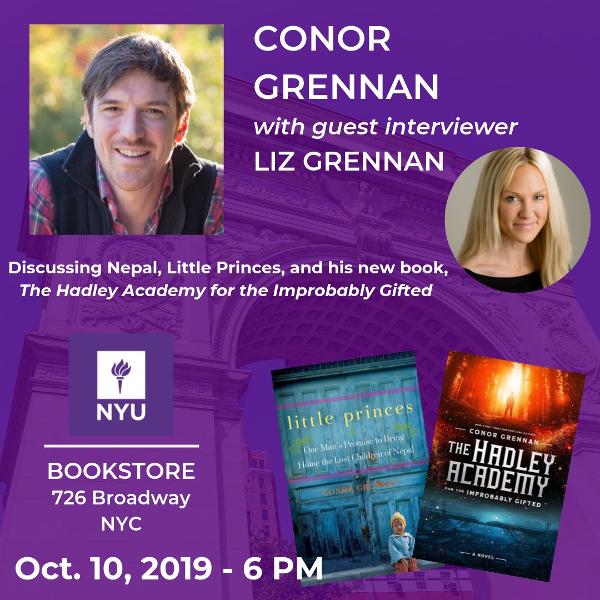 The ancient Reaper War is coming to an end. But a greater darkness is rising. Jack Carlson is suffering through another awkward school day when he suddenly finds himself transported to the Hadley Academy, a secret institution that tracks teens with unlikely gifts and trains them to protect the world from a secret squad of killers. But Jack isn't the only one who doesn't know what he's doing at Hadley. Despite indications that he is the one prophesied to end the ancient Reaper War, Jack appears to have no extraordinary abilities. So when dark, mysterious forces grow, Hadley is in a confused panic. Much to everyone's dismay, humanity seems to depend on Jack and his new teammates. Can Hadley's rawest recruits push past personal struggles and enormous doubts, develop their dormant powers, and stop the spreading evil? And are they willing to commit to Hadley's motto"One Life for Many" to do it? The Hadley Academy for the Improbably Gifted might be just the place for Jack after all.

Conor Grennan is an author and a crime fighter. He used to live in Kathmandu, Nepal, where he rescued trafficked children and reunited them with their families in remote mountain villages. He wrote a book about those adventures called Little Princes: One Man's Promise to Bring Home the Lost Children of Nepal, which was a New York Times bestseller. Conor spent his middle school and high school years in Jersey City, New Jersey, just like Jack Carlson. As a thirteen-year-old, Conor survived his rough neighborhood by dreaming of summer getaways on Monhegan Island, an island off the Maine coast and the model for Elk Island, home of the Hadley Academy. Today, Conor serves as the Dean of Students at the NYU Stern School of Business. He lives in New Canaan, Connecticut, with his wife, Liz, his children, Finn and Lucy, and their dog Beasley in a very ordinary and not-at-all-secret suburban neighborhood. Team Grennan still visits Monhegan Island every summer, hiking through the tall pine forests and helping each other discover gifts they never knew they had.