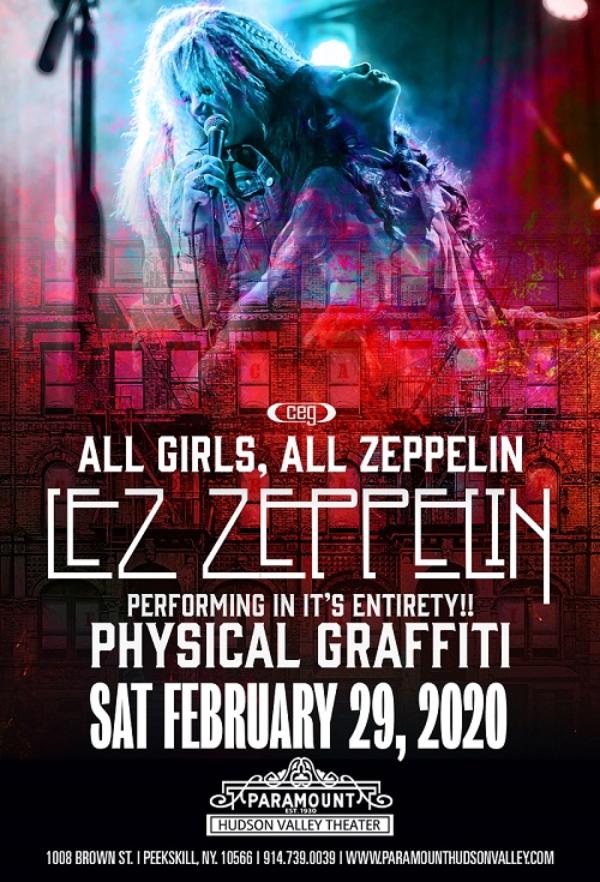 Founded in 2004 by New York guitarist, Steph Paynes, the All-Girl Quartet, Lez Zeppelin, has since gained unanimous critical acclaim as one of the most exciting live acts around, becoming the first female rock act to pay homage to Led Zeppelin! In 2013, Jimmy Page attended their show in London and said of the group, “They played the Led Zeppelin music with an extraordinary sensuality and an energy and passion that highlighted their superb musicianship.” The group’s first studio album, Lez Zeppelin, was produced by legendary producer/engineer, Eddie Kramer (Led Zeppelin, Jimi Hendrix). Since Lez Zeppelin’s formation, the group has broken both glass and ceilings. Whether it’s playing on catwalk above Times Square for 40,000 or on the Main Stage at Bonnaroo, Hellfest and The Isle of Wight; flying to India for a benefit concert for ambulances or taking the stage- TWICE– at Madison Square Garden, it’s clear that the unique power, personality and magical force of Lez Zeppelin is far beyond that of a “Tribute” Act.