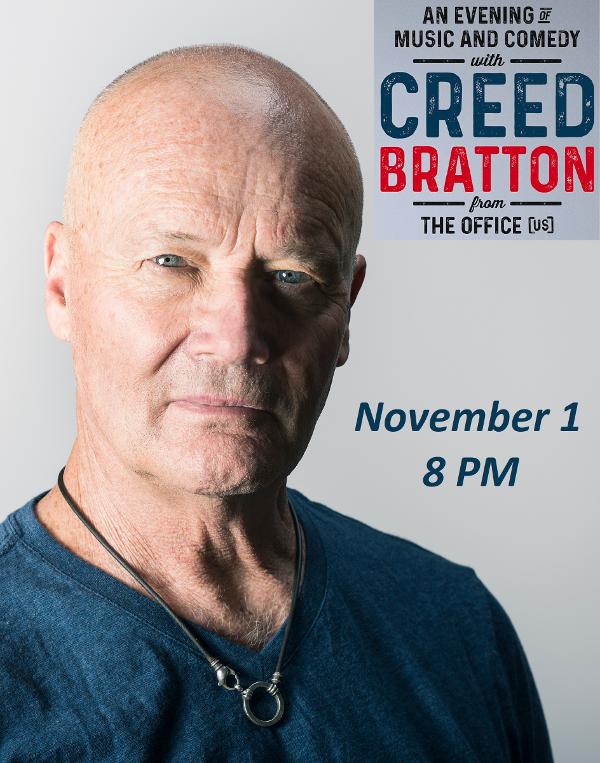 Mysterious, eccentric, good-hearted, and downright talented are all words that have been used to describe actor and musician Creed Bratton over the years. Creed may be best known for starring as a fictional version of himself on nine seasons of the award winning, critically acclaimed NBC series "The Office." For nearly eight years fans worldwide grew to love him as Dunder Mifflin's quality assurance director who unapologetically forgets the names of his own co-workers, and says bizarre confusing statements on a regular basis. If Creed was onscreen, laughs were sure to follow. While Creed may be best known for his on-screen antics, he is also an established musician with a career in music that spans nearly five decades, and he isn't slowing down anytime soon. Creed began playing guitar professionally as a teenager, making pocket change performing while attending Sacramento State College and College of the Sequoias where he studied theater. He went on to become a member of the legendary American rock group The Grass Roots, playing lead guitar with the group on their first four albums- three of which charted and sold millions of records across the globe. Creed parted ways with the band in 1070, but continued his passion for music and acting, including: "Chasin the Ball," "The 80's," "Caorsegold," "Creed Bratton," "Tell Me About It," and "Bound Back."