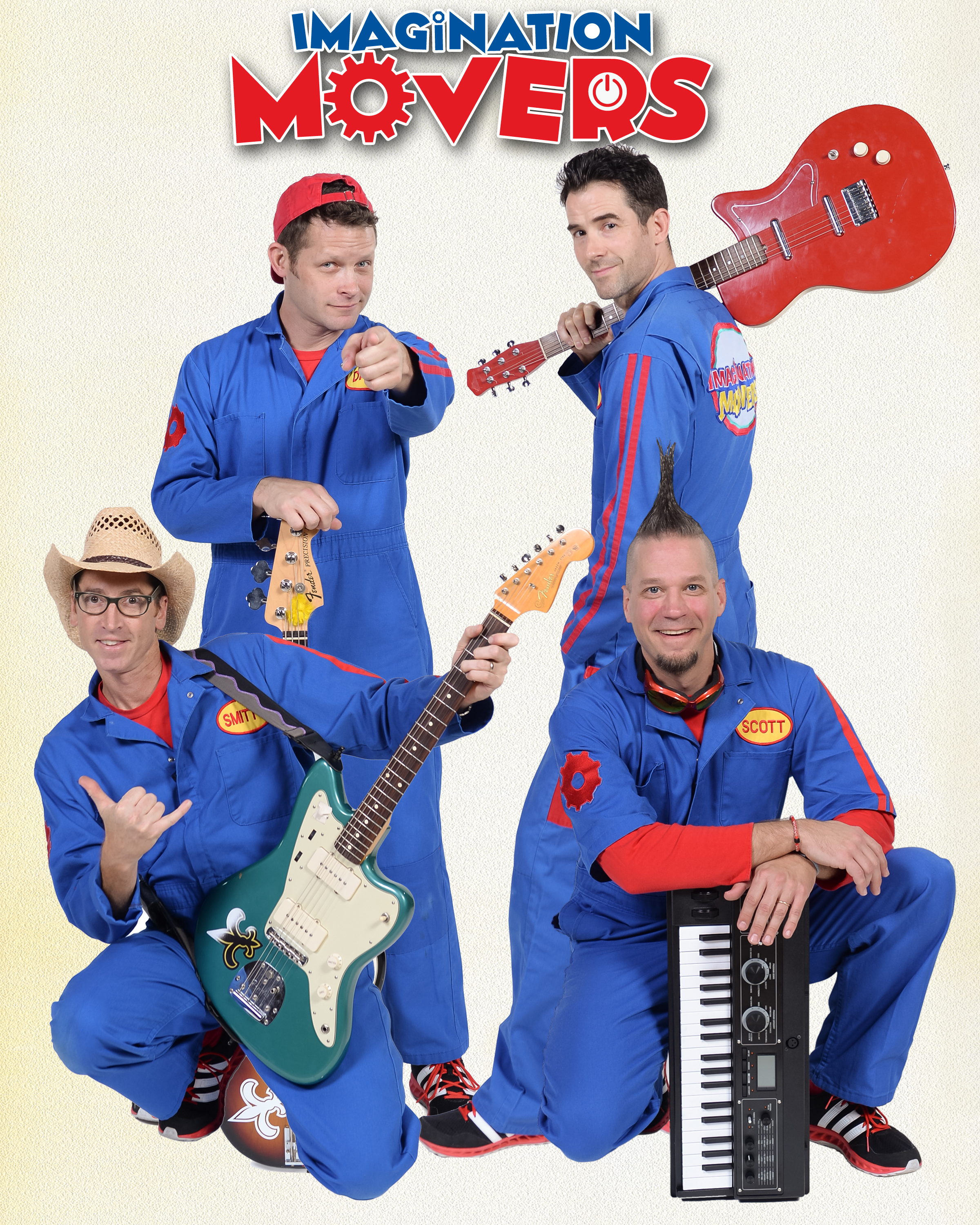 The Imagination Movers are a high-energy, interactive live music act that’s fun for the whole family! Rich Collins, Scott Durbin, Dave Poche and Scott “Smitty” Smith are the New Orleans-based Imagination Movers, an alternative rock band for preschoolers. Though their catchy tunes are expressly written for kids, they strive to make their music equally as enjoyable for parents. They have appeared on “The View,” “Good Morning America,” “NPR’s American Routes,” and are a fixture on SiriusXM Kids Place Live! Over the last decade, the Movers have performed for more than a million fans across North America, Europe and Asia including stops in such far-reaching locations as Dubai, Guam and Newfoundland. They are the top-rated and best-reviewed major touring act for families according to TicketMaster.com!

MEET THE MOVERS! Attend a special meet-and-greet party where you can chat with the Rich, Scott, Dave and Smitty, take pics and get autographs! Remember to bring your camera or smart phone.