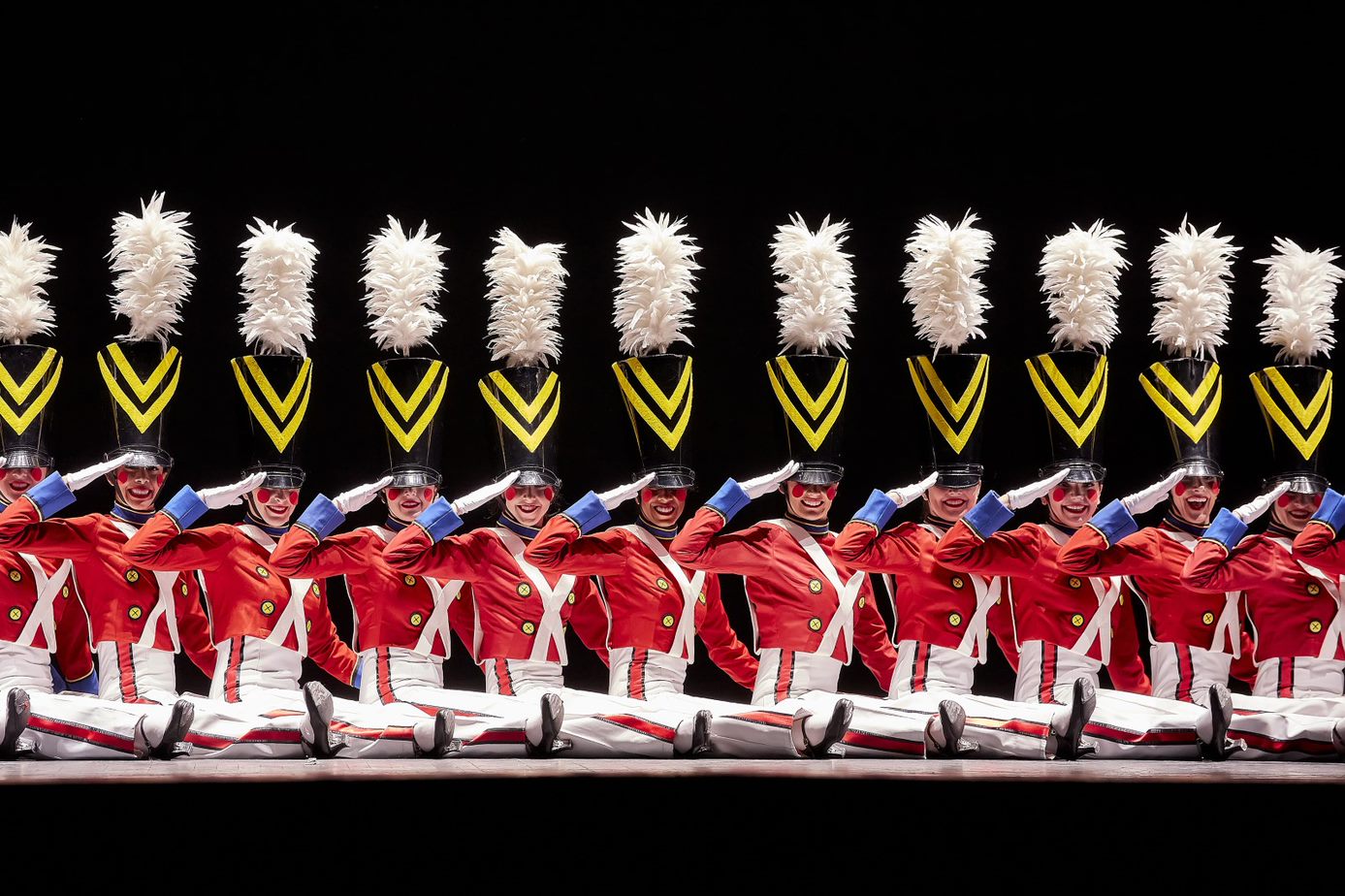 Radio City Music Hall is the largest indoor theater in the world. Its marquee is a full city-block long. Its auditorium measures 160 feet from back to stage and the ceiling reaches a height of 84 feet. The walls and ceiling are formed by a series of sweeping arches that define a splendid and immense curving space. Choral staircases rise up the sides toward the back wall. Actors can enter there to bring live action right into the house. There are no columns to obstruct views. Three shallow mezzanines provide comfortable seating without looming over the rear Orchestra section below. The result is that every seat in Radio City Music Hall is a good seat.