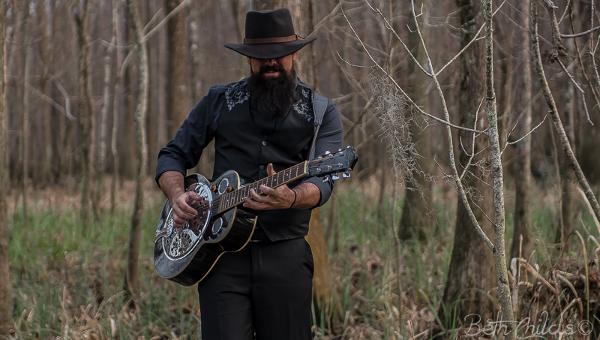 Join RoCA Rockland Center for the Arts for a special evening with Mudbone and guest singer/songwriters Jill Kinsey and Darryl Wayne Dasher. Mudbone's performances reach a broad audience by taking them on an American musical journey from the late 19th century when bluegrass met the blues, through to present-day. As a fifteen year veteran of the Nashville music scene, Mudbone's musical armory doesn?t only consist of wood, strings, and vocal chords. His mission is to create positive social change through music. He exemplifies that the word "artist" encompasses responsibility rather than entitlement. Armed with a clear cut sense of responsibility to the idea that music can be used to better the collective human condition, he has set out on a musical journey to do just that "one song at a time".

About RoCA Rockland Center for the Arts

Rockland Center for the Arts is a multi-arts center dedicated to creating and promoting art through its School for The Arts, exhibitions, workshops, literary and performing arts events, Summer Arts Day Camp, and outreach programs.

Originally known as the Rockland Foundation, RoCA was founded in 1947 by a group of renowned artists, including Aaron Copland, Paulette Goddard, Kurt Weill and Lotte Lenya, Maxwell Anderson, and Helen Hayes. Their intention was to create a new cultural center, separate from New York City, taking advantage of the immense creative talent that had recently migrated to the region.

RoCA outgrew its Nyack storefront and moved in the 1950's to a ten-acre property in West Nyack. What began as a grassroots, volunteer organization has developed into the largest professionally staffed multi-arts center in the lower Hudson Valley.

RoCA attracts over 25,000 visitors and students annually from throughout the region. RoCA's School for the Arts and intensive Summer Arts Day Camp has an annual enrollment of over 400. RoCA's Community Outreach Programs provide studio art programs to the underserved populations in the area. RoCA also administers the County 1% for Art,  program that commissions public works of art.


Upcoming Events at RoCA Rockland Center for the Arts

Be the first to know!