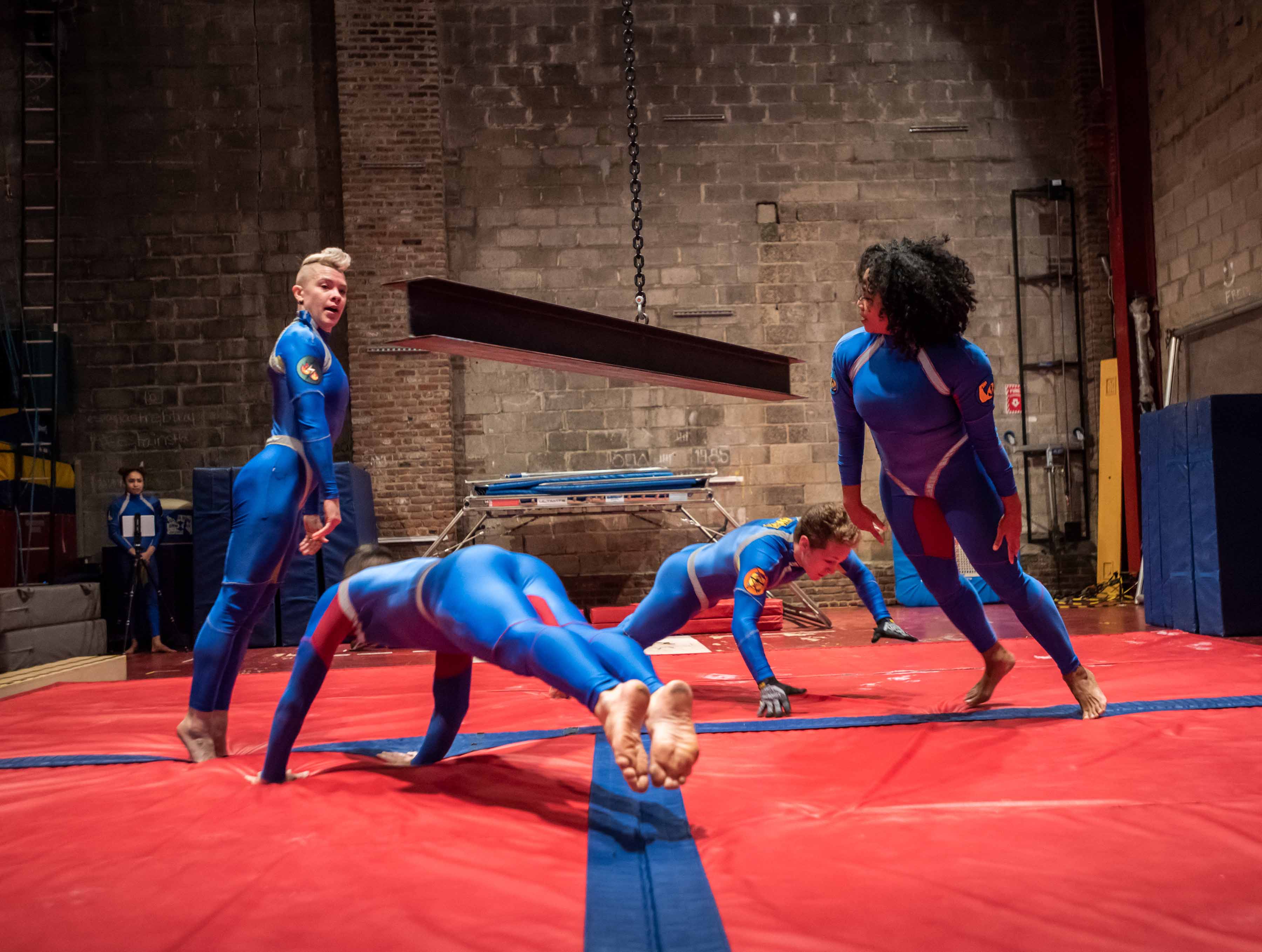 The STREB Extreme Action Company brings its thrilling feats of physicality, grace, strength, and risk back to SLAM! This spring’s performances, FAILING FORWARD, will showcase new action, new stunts, and new ideas, along with some familiar favorites. FAILING FORWARD investigates Elizabeth Streb’s philosophy that failure is an integral part of the creative process, making space for discovery and innovation and leading to unexpected, surprising and true original moves. The show will feature gasp-inducing first looks at new work—including a 22 foot I-Beam, 2, 160 pound concrete filled metal pipes, and spiked rebar, which hang, spin, swing and circle the space— alongside repertory favorites including TIP – an action packed, teeter-totter for the stout of heart, KISS THE AIR – a bungee cord-aided duet of duets, and a selection of rarely seen solos originally performed by Elizabeth Streb in the 70s and 80s. For All Ages.

About STREB Lab for Action Mechanics