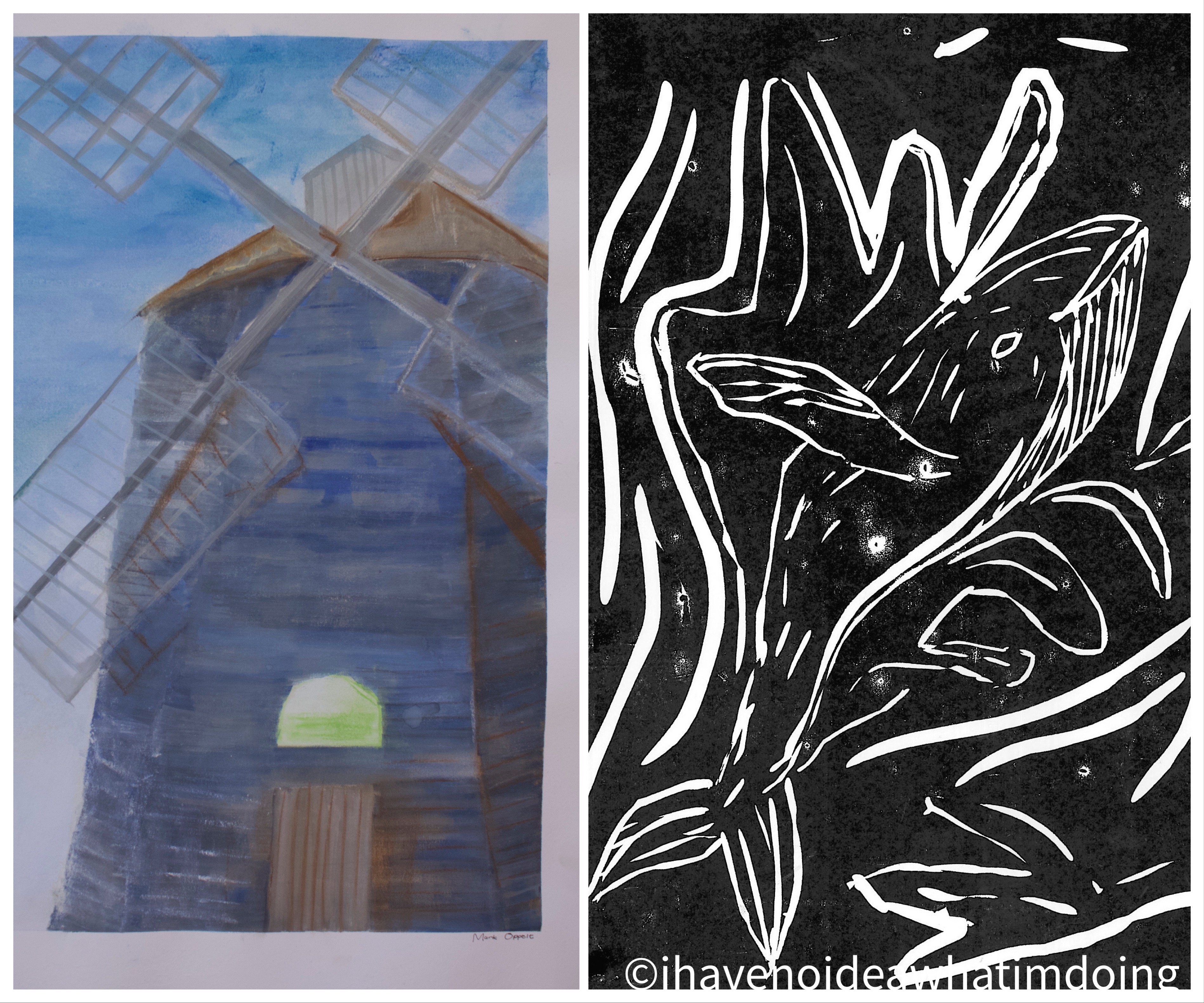 The SHWHM is delighted to announce the opening of its new exhibit “With Love, From Cape Hout to Sag Harbor”, an art exhibit featuring works depicting Sag Harbor village, whaling, and other maritime and marine subjects produced by students of LALELA, a nonprofit organization that provides after-school arts education for low-income youth in South Africa, including those in Cape Hout, a small fishing village. “Lalela” is a Zulu word that means, ‘to listen’ which is the heart of its mission. By listening to children’s stories and to each community’s needs, Lalela is able to understand their challenges and in turn provide creative solutions forward. Many Lalela graduates have gone on to be successful and self-supporting, breaking out of the cycle of poverty with the help of the skills and the confidence they developed through the programs. Like Sag Harbor in the 19th century, Cape Hout is a small fishing village. For this project, Lalela students were shown images of Sag Harbor and invited to speak about their experience growing up in a seaside community. They were then asked to imagine how all of the harbor towns in the world are connected by water, creating a sense of a shared global community and closeness. Richard Doctorow, Director of the Whaling Museum, offers some historical context: Being a port since the early 1700s, Sag Harbor was by its very nature quite different than the neighboring, staid, agrarian communities. Ever outward-looking, ports are built around (and thrive on) the ideas of curiosity, of contact, of connectivity. Eventually these traits became those of the villagers themselves; Sag Harbor whalemen, fishermen and merchants sailed all over the world, seeing far more of it than most of their contemporaries. The character of the inhabitants was encapsulated by local historian Henry P. Hedges in 1896 when he wrote “speak to her people of the farthest isle, of the most desolate coast, and the answer would be – ‘yes, I’ve been there.’” “With Love, from Cape Hout to Sag Harbor” explores a contemporary version of this curiosity, contact and connectivity through artistic interpretations of Sag Harbor village and its maritime history through the eyes of citizens of another small fishing port. The resulting work (all of which is for sale for the benefit of the students and Museum) is a celebration of the village, of the sea, and the joy and pride that comes from being raised in a harbor town—no matter where it may be.