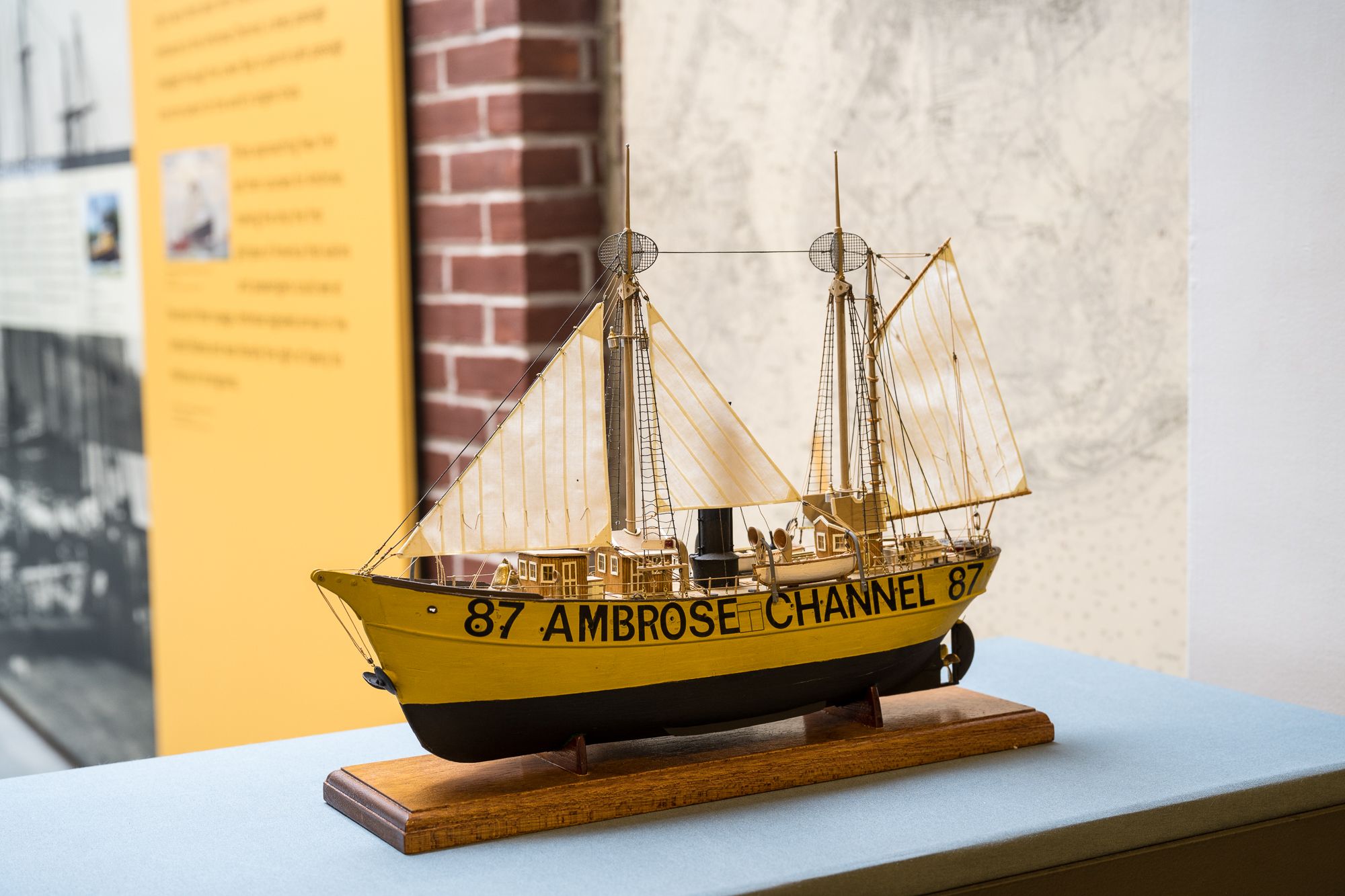 These winter exhibitions include a new introductory gallery South Street and the Rise of New York, as well as a newly reconfigured return of the popular Millions: Migrants and Millionaires aboard the Great Liners, 1900-1914, which was last on view prior to the pandemic. South Street and the Rise of New York explores the critical role played by the Seaport and South Street in securing New York's place as America's leading city and its rise to become the world's busiest port by the start of the 20th century. The exhibition draws from the Seaport Museum's vast collection of works or art and artifacts via large reproduction and selected artifacts on display related to the 19th century history of the Port of New York. This amazing harbor allowed New Yorkers to develop world-wide connections that made the city an economic and cultural powerhouse. The port fostered the city's energy, and that energy attracted the talent and skill of people from around the world, making New York the most ethnically diverse place on the planet. The exhibition highlights Schermerhorn Row, the block of warehouses and offices that stand on man-made land reclaimed from the East River between about 1797 and 1807; the Museum's fleet of historic ships, which tell the story of New York as a great port city through their connections to world commerce, coastal deliveries, and the working harbor; and Bowne & Co., a contemporary re-interpretation of one of the many printing offices that flourished in lower Manhattan in the 19th and 20th centuries. Millions: Migrants and Millionaires aboard the Great Liners, 1900–1914 is one of the first exhibitions to examine, side-by-side, the dichotomy between First Class and Third Class passengers aboard ocean liners in the early 20th century. This exhibition features both original and reproduction artifacts from the Museum's permanent collection including ocean liner memorabilia and ephemera, ceramics, and luggage trunks from both immigrants and First Class passengers. The exhibition will familiarize viewers with passenger life aboard ocean liners, the defining differences between travel for wealthy Americans in First Class and future Americans immigrating to the United States in Third Class.