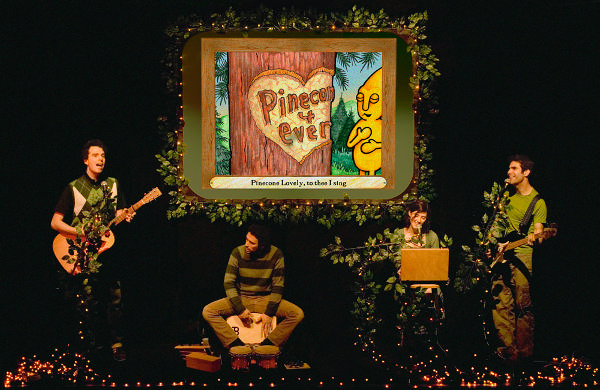 A Symphony Space favorite, Morgan Taylor returns with his full band to the Peter Jay Sharp Theatre with his Grammy-nominated music and gorgeous full-screen animation for an all-ages multimedia extravaganza centered around a character who comes from the Sun. Described by The New York Times as "Dr.Seuss Meets Yellow Submarine," Gustafer Yellowgold is a friendly creature who is living out an explorer's life in a slightly psychedelic version of the Minnesota woods. Gustafer's friends include a dapper Pterodactyl, an eel that is fixated with socks, and countless others who join him on his daily adventures. Since his creation by Morgan Taylor in 2005, Gustafer Yellowgold has become an international phenomenon and a new audio book series from Audible.