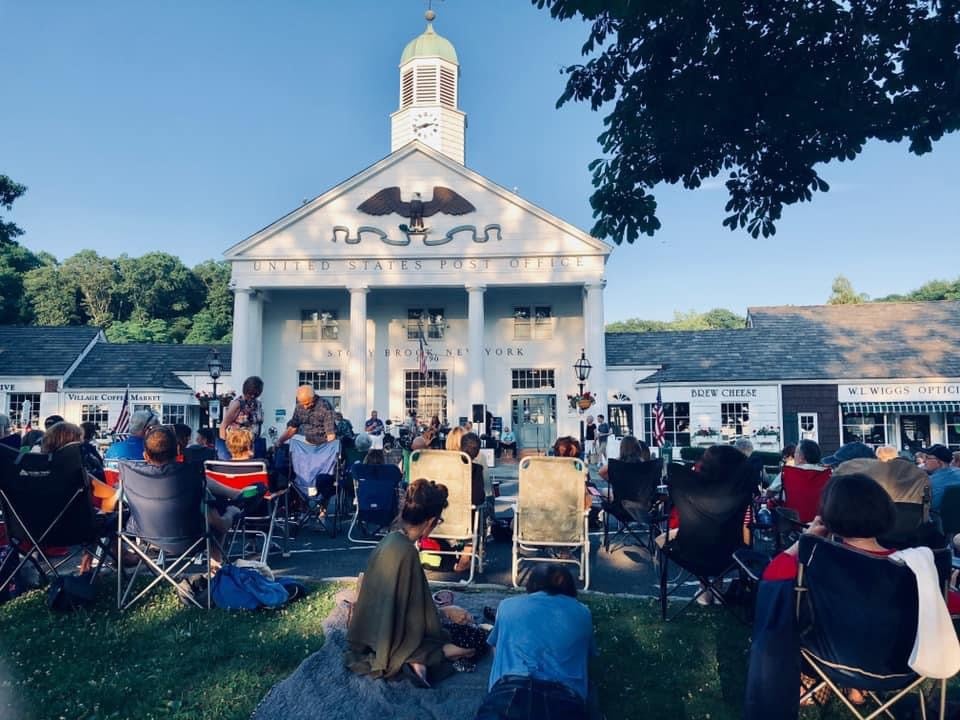 The Ward Melville Heritage Organization (WMHO) is excited to announce the long awaited return of the Summer Concert Series on the Village Green. Performances include the Precisions, a vintage rock group performing songs from the golden age of rock and roll on July 10; the Rustlers, a high energy group performing classic and contemporary country and rock and roll songs on July 17; the Clusters, a super group performing hits from the 50s through the 80s on July 24; Linda Ipanema, performing traditional jazz songs on July 31; the Brooklyn Bards, performing acoustic traditional Irish music on August 7; the NY Exceptions, a doo-wop band performing songs from the 50s, 60s and 70s on August 14; and Country Rhythms, a country music line dance instruction group. In the case of rain, the concerts will be cancelled.

About The Jennie Melville Village Green