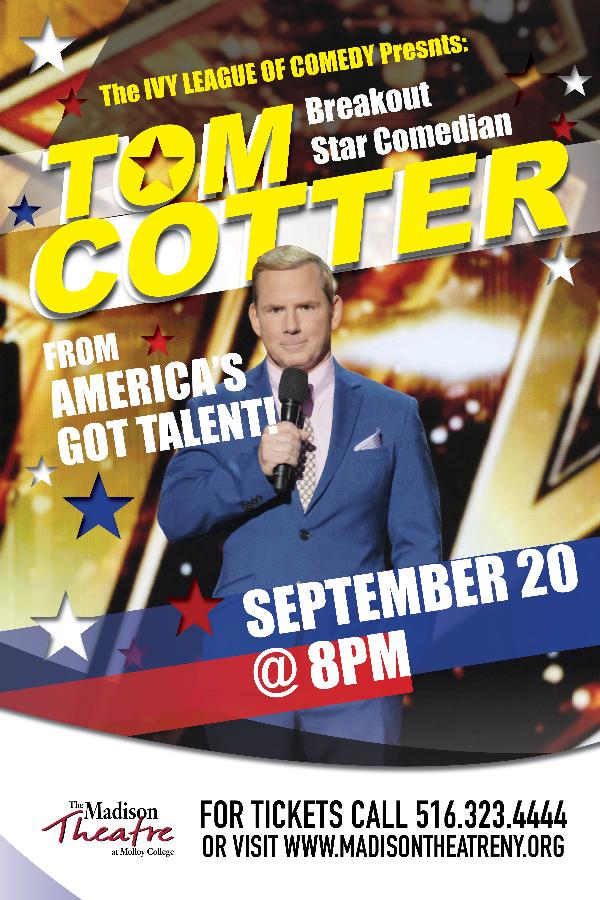 Comedian Tom Cotter has taken the comedy scene by storm since finishing as runner-up and becoming the Breakout Star from Season 7 of “America’s Got Talent.” He lost to a dog act, but don’t hold that against him; Tom was the first comedian ever to be a finalist on the show and was the highest-finishing human being on the show that year. In August 2013, AGT asked Tom back to perform as a special guest star (along with Train) and then again to host the Season 8 “AGT Snapple Viewing Party.”

About The Madison Theatre at Molloy College

Upcoming Events at The Madison Theatre at Molloy College