How to Have Fun & Stay Safe as New York Reopens!
Home Calendar Museums & Exhibits
Family Calendar - Search for Kids' Activities in Your Area 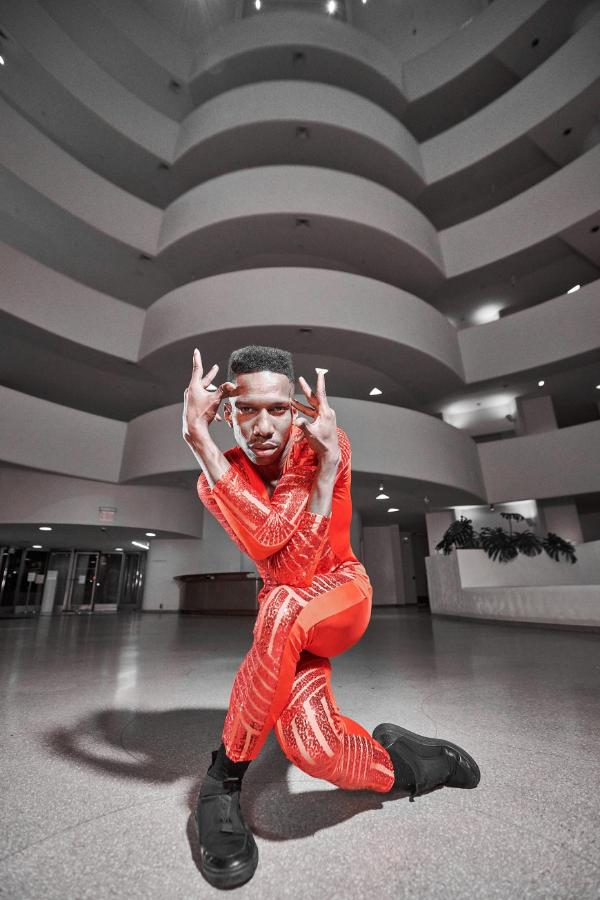 In 1990, the documentary Paris is Burning was released to critical acclaim. The film chronicled New York City Drag Balls, Ball culture, and Voguing in the 1980s, capturing the elaborately structured Ball competitions and showcasing rival houses. Beyond the Ballroom, each house served as surrogate families for young Ball-walkers who faced rejection from their biological families for their gender expression and sexual orientation. The Voguing that took place at these Balls has entered mainstream culture in the years since, serving as a touch point for a multi-leveled exploration of a queer African-American and Latino subculture. To celebrate the 30th anniversary and to pay homage to Paris is Burning, Omari Wiles, founding father of the House of Oricci, presents New York is Burning, a Works and Process commission made in and for the Frank Lloyd Wright-designed theater at the Guggenheim. Performed by his company, Les Ballet Afrik, New York is Burning will bring the Ballroom to the Guggenheim and feature Wiles's AfrikFusion, a style that fuses traditional African dances and Afrobeat styles with House dance and Vogue. In conjunction with these performances, on March 27 Art After Dark at the Guggenheim will feature music by a DJ from the House of Oricci and pop-up dance performances by Les Ballet Afrik. The development of New York is Burning was supported in part by Kaatsbaan's UpStream Residency. $45, $40 Friends of Works & Process and Guggenheim members. House seats may be available for $1,000+ Friends of Works & Process. On a limited basis, house seats may be released to the public before performances at ticket prices of $90, $80 members. For more information, please call 212 423 3575.

About The Solomon R Guggenheim Museum