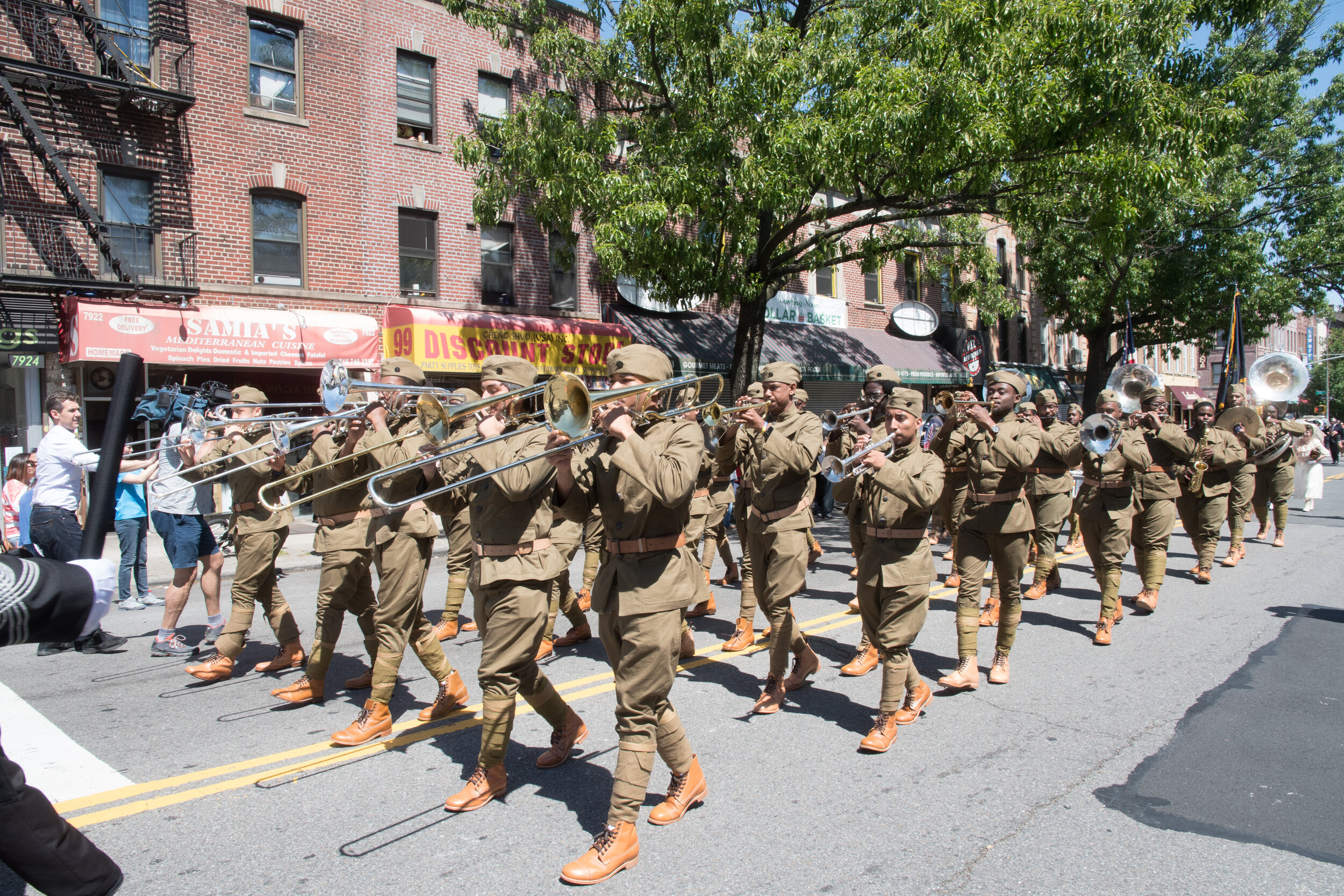 The Parade kicks off on 3rd Ave. & 78th St. and runs along 3rd Ave. to Marine Ave., up to 4th Ave. then over to John Paul Jones Park on 101st St. for the annual memorial service immediately following the parade that features a wreath laying by Veteran Service Organizations, the raising of our nations flag, a 21-gun salute and the playing of Taps.

Veterans from the Grand Army of the Republic and active duty Soldiers met over 150 years ago to plan a memorial march to honor their comrades who died during the Civil War. The first parade was along Eastern Parkway in 1867. The members of the United Military Veterans of Kings County are honored to have carried on the tradition in Bay Ridge for over 35 years. Marching bands, floats, military units, vintage autos and military vehicles, NYPD, FDNY, the Veteran Corps of Artillery, and Veterans from all of our nations conflicts have marched to remember the past. Come out to honor all the men and women who made the ultimate sacrifice in selfless service to our country, and their families, and applaud our Veterans, America's greatest asset.