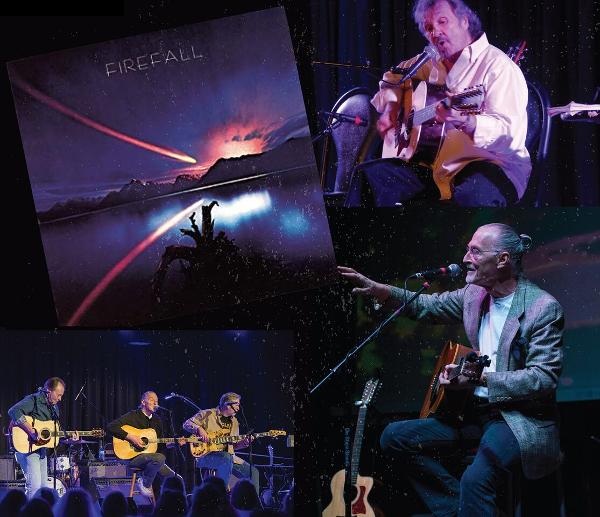 RICK ROBERTS Rick is a 40-year veteran of the rock'n'roll wars. He began his recording career in 1970 with the Flying Burrito Brothers and was a major contributor to their last two albums. He went on to do two solo albums and then form the well-known band Firefall in 1974, with whom he played for seven years during their heyday. Firefall concerts, heavily laden with Burnett's songs, betrayed the innocence portrayed by the lighter side represented by his songwriting counterpart, Rick Roberts. Having composed and sung lead on half of the songs that the band recorded, Larry Burnett demonstrated formidable talent and insight into the minds and hearts of millions of music lovers. The songs of Firefall and Larry Burnett have been cited as major influences in the lives and music of such artists as Garth Brooks and Travis Tritt. The demise of the band in no way affected Larry's life as a singer/songwriter.