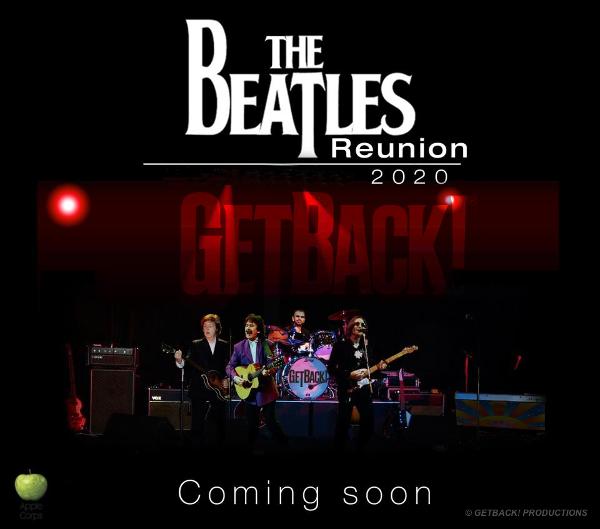 Get Back! The Beatles Reunion

In the fall of 1980, less than one month before he was killed, John Lennon stated that he intended to reunite The Beatles, and resume their collective creative efforts. He said the time was right and they even had a name for the eventual tour. It was to be called "The Long and Winding Road". It is in homage to that tour that the internationally acclaimed Beatles tribute, GetBack! Beatlemania, has begun touring with a new show. GetBack! The Beatles Reunion faithfully recreates the music and charisma of the most beloved singer-songwriters of our time, in their live, 90-minute, non-stop, multimedia magical musical tour, as The Beatles might have presented it. The audience is treated to the live concert that never was, featuring hits from the best of John, Paul, George and Ringo's entire musical catalogues. A must-see event for any Fab Four fan! GetBack! The Beatles Reunion.