2. Be the Early Bird: Teens are more likely than older drivers to underestimate dangerous situations, and they have a harder time recognizing hazardous situations. Running late for school can put added pressure on stressed out adolescents. Teens have less impulse control so being late can contribute to speeding, tailgating, and weaving through traffic to make up for lost time. Try to leave 10 minutes earlier than you need to and allow ample time for delays.

3. Buckle Up: At least 56 percent of young people ages of 16-20 years old involved in fatal crashes were unbuckled. Teens buckle up less frequently than adults do. Despite efforts aimed at increasing seatbelt use among teenagers, only approximately 80 percent of teens remember to buckle up. Everyone should wear a seatbelt at all times, even passengers. Remember to buckle up today!

4. Curfews Are Cool: According to the CDC, half of teen deaths from motor vehicle crashes occurred between 3pm and midnight, and 55 percent occurred on Friday, Saturday, or Sunday. Set a curfew to ensure no unsupervised driving occurs after 10pm, even on the weekends when there are more cars—and more drunk drivers—on the road.

5. Limit Passengers: A teenage driver's risk of an accident grows exponentially with each passenger added. According to the Insurance Institute for Highway Safety, a teen's crash risk increases by 48 percent with each additional passenger. During a teen's first 12 months of driving, passengers should be prohibited from riding along with a new driver.

6. Ignition On, Cellphone Off: Sending or reading a text takes your eyes off the road for approximately 4.6 seconds. At 55 miles per hour, that's like driving the length of an entire football field blindfolded. Cellphone use should be banned among all drivers, and parents should lead by setting a good example. Just remember this simple rule: ignition on, cellphone off!

7. Zero Tolerance for Drinking and Driving: Nearly one million teens drank alcohol and got behind the wheel in 2011.  Even though every state has a "zero tolerance" law for underage drivers, parents should still emphasize the dangers of drinking and driving. Consider using a safe driving contract to open the lines of communication and establish clear guidelines. 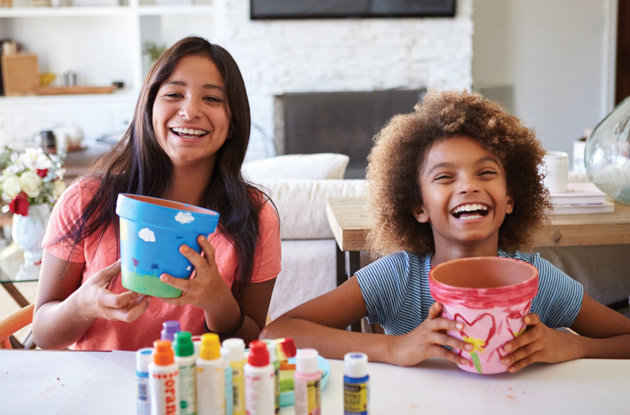 3 Tips to Have a Safe and Social Summer This Year

This summer is shaping up to be full of social opportunities, but how do we keep kids safe—especially when they're not eligible for the COVID vaccine?

The Top 17 Public Pools for Families in NYC, Westchester, and Long Island

These are the top family-friendly public pools in NYC, Brooklyn, Queens, Westchester, and Long Island. Plus, how to keep everyone safe post-COVID.